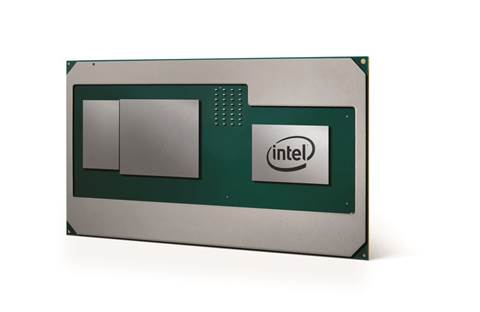 Chip rivals AMD and Intel today unveiled a partnership that will take on fellow chip maker Nvidia in high-performance graphics.

The new product has been designed by Intel and is intended to power thin laptops that are powerful enough for serious gamers to use.

It will form part of Intel's eighth generation Core line of products.

AMD said the product won't compete with its own Ryzen chips - also designed for gamers wanting thin laptops - that are due out at the end of the year. It says the Intel chips are designed for intensive gamers where the Ryzen chips can handle games but aren't specifically designed for that purpose.

"Compare this to thin and light laptops that are trending down to 16mm or less, with some even as thin as 11 mm. We wanted to find a way to improve this."

Intel said the product's silicon footprint will allow laptop makers to design thinner and lighter laptops without sacrifing performance, as the new part will take up less than half the space of standard discrete graphics components.

"Our collaboration with Intel expands the installed base for AMD Radeon GPUs and brings to market a differentiated solution for high-performance graphics," AMD vice president Scott Herkelman said in a statement.