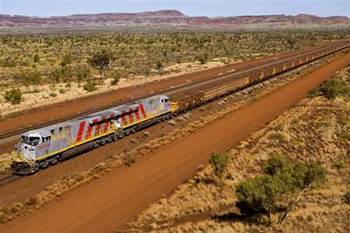 Rio Tinto has revealed it will invest $442 million to remove drivers from some trains operating in the Pilbara region of Western Australia within three years.

The mining giant said today that the AutoHaul automated train program would see the first driverless train operating in 2014 with completion of the program "a year later".

According to a report by the Sydney Morning Herald, some parts of the rail network would not be automated, relying on workers to drive.

Walsh said the miner would "engage directly" with workers affected by the decision to automate parts of its rail network.

The automated trains will be managed out of the company's Perth-based operations centre, which is a management hub for automated systems being developed under Rio Tinto's 'Mine of the Future' program.

The funding decision comes less than a fortnight after the release of a Rio-commissioned report linking the rise of automation to the future "competitiveness" of Australia's miners.

Walsh reiterated similar messages in today's announcement, saying that automation would foster an overall increase in business, and therefore a net rise in job numbers.

The push to automate parts of its iron ore network is driven not only by the desire to increase production output but also to drive down the costs of doing business in remote parts of Australia.

At an investor seminar in 2010, Walsh said that "many" of the 400-strong workforce from the operations centre in Perth had previously been based in the Pilbara.

"These days a house in the Pilbara can cost anything up to a million bucks to build - I'll let you work out the economics of that - but also we pay a 30 percent remote area allowance to people working up in the Pilbara," Walsh said [pdf].

"Avoiding that is a substantial issue for us."

He said that maximising train and port capacity was "critical" to the company's future success.