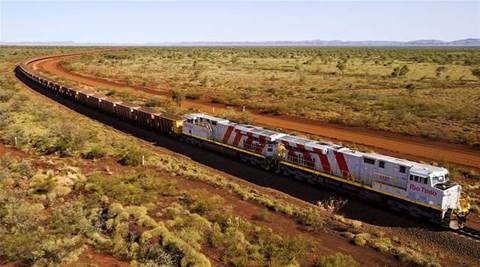 Large scale up of capability.

Rio Tinto is scaling up its use of autonomous trains in the Pilbara following regulatory approval in late May, with the robot trains now covering 290,000km a day.

The miner has been steadily ramping up its use of the AutoHaul technology since the National Rail Safety Regulator approved fully autonomous train runs to occur.

The first solo pit-to-port journey in full autonomous mode only took place in mid-July but the company is keen to have the technology operating across its 1700km rail network by the end of the year.

In a production update today [pdf], Rio Tinto said that “autonomous mode operations have increased to an average of 34 trains per day, equating to 290,000km or 45 percent of daily kilometres completed in this mode”.

By the end of the project, about 200 locomotives and 50 trains a day will be run in autonomous mode.

The project had initially been expected to be finished in 2015, but it proved a far more difficult prospect than the miner’s other automated systems projects for trucks and drills, and was beset by software problems, forcing a revised completion date of the end of 2018.

The total cost of the project is expected to be up to US$940 million, about 80 percent above the initial budget.