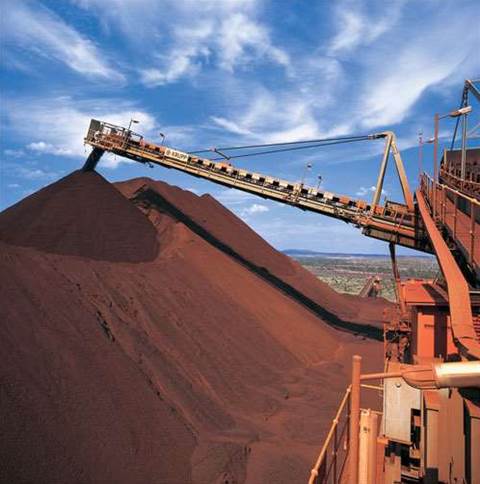 Vehicles moved out of trial into production mine.

Rio Tinto will put driverless trucks into a production iron ore mine in Western Australia's Pilbara region from this month, following a multi-year, five-truck trial in its West Angelas mine.

The mining giant will deploy ten automated Komatsu haul trucks to the Junction South East pit of its Yandicoogina mine, under plans revealed last June (pdf).

Five of those driverless trucks will be redeployed from West Angelas, where they were limited to dumping 'waste' products for the trial. The others will be new vehicles.

A Rio Tinto spokeswoman told iTnews that the existing five trucks "ceased running" at West Angelas in late February and were "in the process of being moved" to Yandicoogina.

At Yandicoogina, the trucks will dump iron ore for the first time, "marking a major step in the evolution of the project towards full operational deployment", the company said last year.

The ten-truck roll-out is the next phase of the driverless truck portion of Rio Tinto's Mine of the Future program, which promotes automation and remote control of equipment at mine sites.

Rio Tinto's spokeswoman said the trucks would start operating at Yandicoogina "at some point this month", but did not know whether the entire fleet of ten would be operating from day one.

"The intention is to get them working in Junction South East pit as soon as we can," she said.

Aside from the ten trucks to operate at Yandicoogina, Rio Tinto has ordered another 150 autonomous trucks from Komatsu, to be delivered over the next four years.

As of 19 February, the five trial trucks had collectively covered approximately 570,000 kilometres over 897 days of operation in West Angelas.

The vehicles are fitted with GPS antennas, communications, laser and radar systems. They are fed data about the location, speed and direction of all manned and unmanned vehicles in the pit and can adjust speed based on that information.

The trucks travel along defined GPS courses that identify haul roads, intersections and mine locations, such as loading areas, stockpiles and crushers.

Rio Tinto's spokeswoman said that it was still in the process of mapping the Yandicoogina pit to define navigation routes for the trucks.

The company is also in the process of hiring technical support engineers to work on the Yandicoogina project.

Rio Tinto plans to further develop the automation systems trialled at West Angelas and put into production at Yandicoogina through an innovation centre set up in Pune, India, late last month.

The Rio Tinto Innovation Centre is a joint facility between the miner and Indian outsourcer iGATE Patni. It will be staffed by some 300 engineers and operate initially for five years.

The centre will provide R&D services for "industrial automation and control, software and embedded design and development, and general engineering", Rio Tinto said in a statement.

Rio Tinto's spokeswoman told iTnews that the RTIC would "take innovations once they've been proven in a business unit ... and look at what modifications and changes might be required [for them to] be applied for use in other mines, product groups or geographies".

"The role of the centre is to take the innovations that have been developed and working in one business unit and see how they can be modified for others," she said.

Aside from trucks, Rio Tinto has previously announced plans to spend $442 million automating trains across its rail network.

The mining firm has established a remote operations centre in Perth.

It is also pioneering attempts to harness the burgeoning data volumes generated in real-time by equipment at remote mine sites across Australia for its future decision-making processes.

Rio Tinto sees automation as a key to the future "competitiveness" of Australia's miners.

The push to automate parts of its iron ore network is driven not only by the desire to increase production output but also to drive down the costs of doing business in remote parts of Australia.