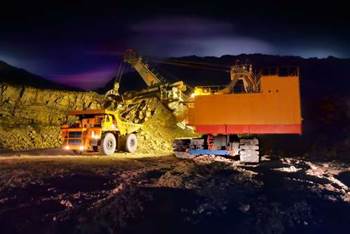 Similar technology already in use at BHP, Yancoal sites.

Rio Tinto Coal Australia has become the latest mine giant to fit trucks and shovels with silent horn technology to increase safety and minimise noise during operations.

The company's Coal & Allied business has fitted the "alternate communication" system to trucks and loading equipment in its Carrington Pit at Hunter Valley Operations in NSW.

The technology enables heavy vehicles to move around the pit using radio signals instead of traditional horns as safety warnings.

"If proven successful, the technology will remove the need for shovels and trucks to sound audible horns during loading operations," Coal & Allied said in a newsletter.

A spokesman for Rio Tinto Coal Australia did not respond to requests for further comment.

Other miners are working on similar projects.

At Peabody Energy's Wambo mine - also located in the NSW Hunter Valley - silent horns are also being introduced to open cut diggers and the truck fleet "to reduce night time noise".

The project started late last year and was expected to "continue" this year. A spokeswoman did not return requests for comment.

Yancoal Australia has silent horn technology in place at its Moolarben mine near Mudgee in the NSW central west, and its Ashton mine near Singleton in the NSW Hunter Valley.

The system at Ashton has been working for seven years. The installation at Moolarben is newer, and is part of a broader proximity detection system rollout.

The silent horn technology acts as an interface between Liebherr excavators and Komatsu trucks "that ensures safe positioning of the trucks as they park near the excavator and are loaded with coal", a Yancoal Australia spokesman told iTnews.

"The technology also tells the excavator operator the load weight position within the truck's tray, which assists with the safe management of the truck's tyres and helps avoid spillage after the truck moves off," he said.

"The truck driver is provided with audible and visual alarms to indicate where to park near the excavator and when to move off.

"This same information is signalled to all trucks within close proximity to the truck being loaded, and assists the driver of the next truck in line to be ready for loading".

"All of Worsley's loading and truck mobile equipment at its Boddington Bauxite Mine is fitted with the silent horn technology," a BHP Billiton spokeswoman told iTnews.

"The system is fully installed and has been operational for several years, which operates on a radio signal, on a set frequency.

"The silent horn system that Worsley employs is independent to the fleet management GPS and tracking system."