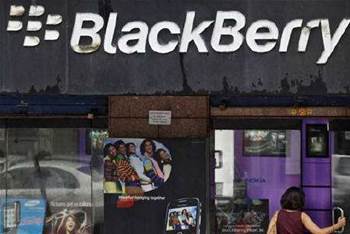 Research In Motion has reached a deal with Intellectual Ventures that will give the BlackBerry maker access to more than 30,000 patents held by the intellectual property company.

Intellectual Ventures gave no terms for the deal, but said it would help RIM remain competitive by giving it access to a broader set of patents to help manage its business.

"Intellectual Ventures offers an efficient way to access the invention rights companies need to stay competitive within the market," Mario Obeidat, the patent company's head of telecom licensing, said on Wednesday in a statement.

Legal battles have become increasingly common in the cellphone sector since Apple and Google carved out a chunk of the lucrative and quickly expanding smartphone market at the expense of older players.

Both RIM and Apple are locked in a legal battle with Eastman Kodak over a method for previewing images, while Apple is also fighting Nokia's patent infringment claims in courts in the United States and Europe.

Intellectual Ventures is a privately-held company co-founded by former Microsoft chief technology officer Nathan Myhrvold. It counts Samsung and HTC among its customers.

RIM is also a member of RPX, a defensive patent aggregator that acquires patents so they cannot be invoked in lawsuits against its corporate members.

RIM paid US$612 million in 2006 to settle a patent dispute with a small company called NTP, ending five years of legal wrangling that almost shut down BlackBerry services in the United States.

The Canadian company has since aggressively patented inventions and spent heavily to bulk up its patent portfolio.