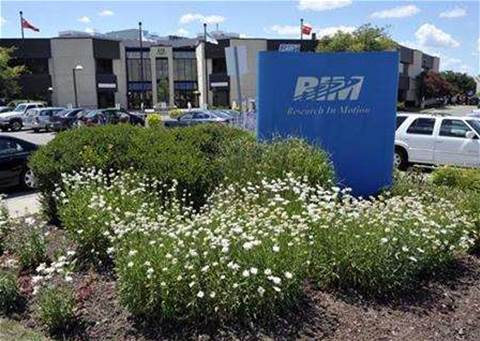 The exterior of one of the Research In Motion Limited (RIM) buildings is shown in Waterloo July 10, 2012. Credit: Reuters/ Mike Cassese

Research In Motion has released a new system to allow its biggest customers to use its new line of BlackBerry 10 smartphones on their own networks, paving the way for the January 30 launch of the make-or-break devices.

RIM is now betting that its re-engineered new line of touch-screen and keyboard devices will help it win back consumers and market share.

The fate of the new smartphones could well be determined by the reception from RIM's major clients, many of whom have, so far, only stuck by RIM because of the strong security features that BlackBerry devices offer.

The new mobile device management system builds on RIM's core strength of security, but it offers a range of innovations that allow it to cater to the latest needs of IT departments, said Peter Devenyi, RIM's senior head of enterprise software.

"We definitely anticipate that (enterprise) customers will be making the switch to BB10 rapidly," said Devenyi, describing the feedback from government agencies and the business community as remarkably positive.

Both BES 10 and the new Blackberry 10 devices have already secured Federal Information Processing Standard (FIPS) 140-2 certification, a coveted US government security clearance that will allow government agencies to deploy the new devices as soon as they are launched.

"BlackBerry Balance is a truly differentiated feature that's built into the core of BlackBerry 10," said Devenyi.

"This opens up the world of personally owned devices in a way that make IT departments and corporations comfortable, because they can truly manage the corporate side of the device, while not inhibiting the use of the device by the individual who actually owns it."

This means private pictures, music and emails are safe, even if a company decides to wipe corporate content from a device.

Scotiabank analyst Gus Papageorgiou believes that this one feature alone is likely to be a big factor in swaying enterprise customers to upgrade to RIM's BlackBerry 10 devices.

"We believe BlackBerry Balance is the key feature which will drive enterprise demand," Papageorgiou said in a note to clients on Tuesday. "The BB10's ability to segment between corporate and personal settings will be a hit with enterprise IT departments and users alike."