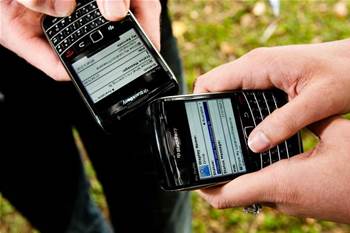 Only five of 500,000 apps classified under old regime.

The Standing Committee of Attorneys-General meeting (SCAG) last week adopted a complaints-based system for the classification of mobile and online games for at least the next two years, replacing a regime that required every app developer to seek classification for their products.

Beachley had been a critic of the old regime, arguing in a recent Senate submission that only five of over 500,000 mobile apps available to Australians had been formally classified - and all five came factory-installed on the BlackBerry.

"Although mobile phone games developers are required to seek classification, very few have," she noted.

"There are currently thousands of mobile phone games that developers have not submitted for classification."

She was upbeat about the "interim" changes announced by SCAG when contacted by iTnews. The SCAG announcement came after many companies, including RIM, had lodged their Senate submissions.

“This is a step in the right direction to modernise the classification system for mobile games," Beachley told iTnews.

"We look forward to working with the government to develop a longer term solution to address the needs of the broader community as the technology grows."

RIM was not alone in its criticism of the requirements imposed by Australia's various content regulation regimes, including the one replaced by SCAG's announcement.

In a separate Senate submission, Telstra attacked what it saw as a superfluous "double classification" obligation for online content it said created industry uncertainty and “the spectre of prohibitive compliance costs”.

Under the old regime, the costs of preparing a formal classification application and the fees charged by the Classification Board - between $800 and $2,040 for each assessment, sometimes more - made online content provision uneconomic, it said.

“As a nascent industry providing highly niche content, the economics of the provision of online content are very different to that of publishing, film or television”, Telstra said.

The requirement disadvantaged local content creators against their international competitors, Telstra had argued.

“This perverse outcome would result in overseas based content, provided without the classification safeguards of Schedule 7 of the BSA, dominating the Australian market.”

Differential treatment of content classifications across states and territories added to uncertainty.

“The risk of State or Territory intervention in this field creates further uncertainty for the classification treatment of online content that does not exist for free to air or subscription television providers," Telstra said.

The Australian Home Entertainment Distributors Association claimed Australia stood out as having an overly complicated and directly government-controlled scheme.

“No other country has a classifications system which is run by the government with government bureaucrats processing applications and fees and supposedly viewing all materials as they are required to do under the Act; which is physically impossible to do with 15 employees and 4,792 applications of films alone over the past year," the association noted.

Senators were due to begin hearings for the classification inquiry next week.

Meanwhile the Australian Law Reform Commission was conducting its own review of classification and censorship laws, due for completion before the end of the year.