Revealed: How 100 Mbps broadband will rock your world 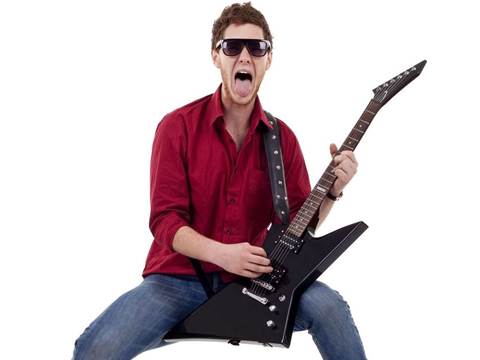 Makes you want the NBN.

Residents at Point Cook near Melbourne have stopped queuing large downloads and started bringing on-demand movies down the pipe in under 15 minutes after swapping "abysmal" ADSL1 connections for superfast broadband.

Three of the 1,500 residents in the coverage area of Telstra's fibre-to-the-home (FttH) trial network have spoken to iTnews about their experiences.

In doing so, they've answered a recurring question for the National Broadband Network (NBN) - just what will people do with 100 Mbps?

"I can completely understand why the NBN should go ahead," resident Paul Hart said.

"Without a doubt it's a good thing."

Hart traded his Telstra-provisioned 1.5 Mbps ADSL1 service for a 100 Mbps, 60 GB plan from ISP Internode about a month ago.

Hart said having 100 Mbps had changed what he could accomplish by working from home.

Low ping times had enabled him to take up online gaming again, and he was also taking advantage of streaming TV, starting with unmetered ABC iView "to a media PC in the lounge room".

Another resident, Josh Craig, similarly traded his 1.5 Mbps ADSL1 connection for a 100 Mbps Internode connection, albeit with a lower 30 GB monthly quota.

"I no longer venture down to the video store to hire a video," Craig said.

"We have a TiVo and a CASPA [on-demand video rental] account.

"The largest [download] speed reduction occurring is because of the [wireless] connector that TiVo has. [But] even [then], the movie transfers usually in 14 or 15 minutes."

Craig said 100 Mbps fibre meant he no longer had to "ration simultaneous connections" in the house. It meant he could work from home via VPN while other family members watched iView or played World of Warcraft - with "no lag, no disconnections, [and] no staggered picture".

Both Craig and Hart said that having 100 Mbps had changed their internet habits.

"What changes are your habits when downloading," Hart said.

"You don't queue stuff overnight and let it trickle down."

Rather Hart said the speed let him download things quickly, when he wanted them.

"All of our computers are set to automatically download patches from Microsoft now and apply," he said.

"I had to do it manually before when no one else was using the ‘net to avoid arguments over lag."

Only one resident iTnews spoke to said his internet habits "haven't changed much, if at all."

Milosh [surname withheld] traded his ADSL connection for a fibre one with his existing provider - ISP Exetel.

There was a mixed response on whether users had to watch their download quotas to ensure they weren't burning through them in minutes.

"We could burn through the month's allocation in less than an hour," Craig said, although he had installed the Internode iPhone app to monitor usage.

Milosh said his monthly downloads - between 30 GB and 50 GB per month - hadn't changed since going to fibre.

"I haven't had the need to really monitor my quota," Milosh said.

Keeping up with the Joneses

Telstra's latest figures for Point Cook indicate about 300 of the 1,500 residents in the coverage area have taken up its retail broadband services.

ISP Exetel has another 63 customers; Internode didn't reveal figures but said its numbers were "enough... to form a valid set of test cases".

Hart reported seeing "a lot of Telstra vans around" the neighborhood, suggesting the network was seeing good take-up.

"Anyone who's a power user on the internet will get it if they can," he said, believing others would stick with their ADSL connections.

Craig said he had neighbours "who are professionals and studying and like me they were very fast to take the service up."

"They love it," he said. "It beats the unstable wireless that many of us had before."

Still others hadn't taken up fibre services, he said.

"General consensus from catching up with friends is that [the network] needs to be rolled out across the suburb," Craig said.

"Those that have missed out are still very congested and struggle with working from home."

Are you on the Point Cook network? Tell us your story.