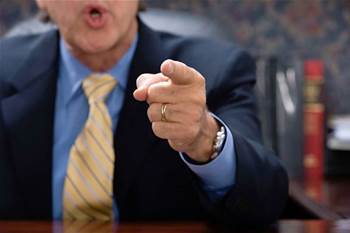 No settlement figure given, payment to be worked out in Q&A session.

The letter rights holder Dallas Buyers Club LLC proposes to send out to thousands of Australian internet users accused of copyright infringement has been made public despite the company's efforts to keep it secret.

The draft letter and accompanying telephone question and answer script were leaked today to Mashable Australia following a court hearing yesterday. iTnews had sought access to the documents from the court.

DBC's lawyers yesterday argued against the publication of the letter and phone script because it would weaken its "bargaining position" and allow those accused to work out how to reduce the penalty amount the rights holder demanded.

The eight-page letter DBC proposes to send to accused infringers states the account holder was identified through the MaverickEye piracy tracking software as having illicitly shared the film, based on IP addresses and time stamps.

As previously flagged, DBC LLC opted against including a specific dollar amount for a penalty in the letter.

It states DBC is entitled to chase alleged pirates for damages and out of pocket expenses stemming from the claimed infringement, and also to commence a court case should settlement not be reached out fo court.

Alleged pirates are asked to contact DBC's representatives to negotiate a settlement, but are not given an indication as to how much the US movie studio expects to levy on the individual.

This is in contrast to the United States, where DBC last year sued scores of internet account holders and sent out letters demanding settlement from alleged file sharers.

The company has indicated locally that its methodology for calculating an individual penalty would be based on a license fee (had the film been bought) along with a proportion of the company's out of pocket costs and additional damages.

The accused account holder has 28 days from the date of the letter to respond or potentially face court action by DBC, the letter states.

Users who submit to demands to contact DBC to discuss settlement will be grilled on their personal situation in order to determine the settlement, as revealed yesterday.

DBC is proposing to ask the account holder if they are unemployed, disabled, suffering from terminal illness, or serving in the military, according to the leaked telephone questionnaire.

The company also wants to know the person's employment status and type as well as annual income to help it decide how high to set the penalty.

Additionally, the studio wants alleged pirates to disclose how long they've used BitTorrent and how long they made the DBC film available via the file sharing protocol.

DBC appears to have closed the door on allowing alleged file sharers to simply pay for the cost of downloading a copy of the film, arguing the damage suffered is made up of a number of factors, such as the possibility of the film being shared multiple times on the internet.

If users do not wish to pay the settlement, alleged pirates are threatened with being taken to court, and potentially higher damages.

The letter and telephone script were tendered as evidence to Justice Perram in the Federal Court yesterday. Both will require his approval before they can be sent out.