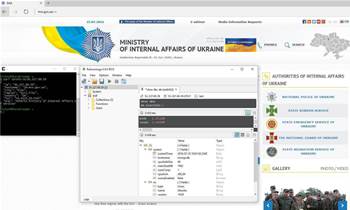 The credentials were found in thousands of open databases, and the Kremlin reused them everywhere, leaving a large number of businesses open to access from the internet.

Gevers reported the data breaches to Russian authorities and the companies operating the MongoDB servers in 2016 but said the issue took "three years, five months and 15 days" to fix.

Among the companies impacted were large Russian telco TTK, which left its network operations centre and security information and event management (SIEM) platform exposed to the internet.

American companies like Disney that operate in Russia and are compelled to provide remote access to their systems were accessed using the same credentials, Gevers noted.

One open database that contained the Kremlin credentials was a MongoDB server holding electronic raw data reporting information belonging to the Ministry of Internal Affairs of Ukraine, a country that Russia is at war with.

Gevers suggested companies that are subject to enforced remote access regulations such as those of Russia take steps to have the credentials secured.

"The bottom line is if you let a government choose a password, make sure they don't use the same credentials or password formula the same way over and over," Gevers said.