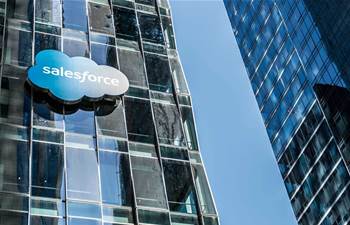 After leaving the central bank earlier this month.

Benedict only left the central bank in early October after eight-and-a-half years, three of which were spent in the CIO positon.

A Salesforce spokesperson told iTnews the team “looks forward” to working with Benedict “to drive even greater success for our customers across Australia and New Zealand.”

Benedict stated he was “excited” to join the Salesforce team via LinkedIn.

“Two decades ago at Oracle I watched with interest as [Salesforce CEO] Marc Benioff left to establish an internet CRM company,” Benedict wrote.

“Soon after I joined then-CRM leader Siebel before spending 15 years in industry - first as Westpac's head of enterprise architecture and then at the RBA where I joined to establish the bank's strategic architecture and CTO capabilities and left as CIO. World class organisations with strong cultures and brilliant people.

“In the intervening 20 years, Salesforce has transformed the enterprise technology sector - going from upstart to leader.”

RBA deputy head of IT Stephen Smith will act as CIO at the bank whilst a permanent replacement is sought.