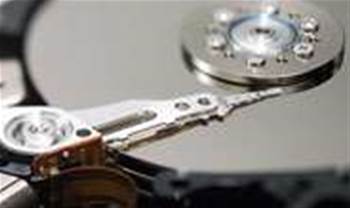 Researchers at IBM have developed a new form of memory that could herald a cheaper, faster, more reliable type of solid state memory.

So-called Racetrack memory is being investigated at the University of Leeds, and IBM Research’s Zurich lab.

In Racetrack devices, information is stored on nanowires and transferred by using electrons in the form of electrical current to switch the magnetism of domains, pushing them to a different location on the nanowire.

Like today’s solid state devices (SSDs), it has no moving parts, but claims read and write rates far in excess of current SSD storage - also known as flash memory.

The technology also promises to use less power, store 100 times more data, and has no read/write limitations unlike some SSD variants.

“The reason why the hard disk on your computer is likely to break is because it has moving parts which eventually wear out, but the Racetrack method of storing information is much more reliable as all the parts are static,” said Dr Chris Marrows, reader in condensed matter physics at the University of Leeds.

Racetrack memory in a computer is also touted to be 100 times cheaper per bit than flash memory.

“Magnetic racetrack memory is designed to replace the hard disk, and it’s estimated that it could compete on price since it’s very dense – it can store lots of bits of data on a small area of chip, as the information is stored in vertical towers,” said Marrows.

The next stage for the Leeds and Zurich research teams is to develop better materials to make Racetrack drives, and they anticipate a fully working system within 10 years.

With current solid state drives already being claimed as heralding the death of spinning hard disk technology, Racetrack may well be the sole competitor to more advanced flash technology currently on the drawing boards of SSD vendors.

The latest research was published in the April issue of Physical Review Letters, and funded by the European Science Foundation and the UK Engineering and Physical Sciences Research Council.
Got a news tip for our journalists? Share it with us anonymously here.
Copyright © 2010 Computing
Tags:
cheaperdevelopfastergreenerraceresearchersstorageto