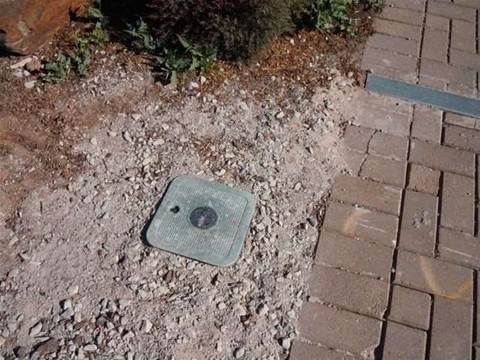 The South Australian Government has commissioned a cultural researcher to survey attitudes on technology, lifestyle and the National Broadband Network in the first release site of Willunga, prior to NBN services going live later this year. Sydney University cultural researcher Dr Melissa Gregg has just returned from three weeks in Willunga spent interviewing a sample of its 2000-odd residents on attitudes to the internet and the National Broadband Network.

Willunga was chosen as an NBN first release site as it closely resembles a small country town, but is fortunate enough to be just 46 kilometres from a capital city.

The research will result in what Dr Gregg terms a “baseline profile” of life in the town – which would serve as a great point of comparison should studies be done on the town’s populace after several years or indeed generations having been connected to high-speed broadband.

“I wanted to get a sense of life in Willunga before the NBN goes live,” Gregg said. “I wanted to know who lives there and why, as well as their attitudes to technology.”

Dr Gregg said the town’s residents included everyone from professionals that commuted to Adelaide to tradies working locally, retirees, hippies and grape and almond growers.

She said it was important that social researchers – rather than just economists – studied the impact of high speed broadband on society.

“A lot of the media commentary on the NBN has focused on broadband infrastructure, with opinions coming mostly from east coast capital cities,” she said.

“There is a problem if studies only talk to experts but never talk to ordinary citizens about how they feel about the technology.

"One good thing cultural research can do is mediate between those already invested in the project to build high-speed services and those who don’t know why they should be excited about it.”

Dr Gregg will deliver an interim report to the South Australian Government in April before returning to Willunga a second time for follow-up interviews. The study uses a mixed-methods approach, including an online survey, dedicated questions for businesses, and observation of life in and around the area.

The final report is due in May.

In the meantime, anecdotal evidence gives a wide spectrum of attitudes among Willunga’s residents.
Most residents, Gregg said, were “interested” and “knowledgeable” when it came to the Government scheme.

NBN Co has confirmed with iTnews that over 90 percent of Willunga residents have agreed to have their homes connected to fibre. This means that fibre will be laid to the perimeter of their premises and terminate at a Premises Connection Device until such time that the resident chooses to take up a service from a retail service provider, at which stage the fibre is connected to a network terminal.

Local business owners showed a lot of interest, Dr Gregg said, along with the younger residents of the town. Others were hoping for new tools to aid their care of elderly friends and family.

By contrast, in a town that still values face-to-face transactions and a sense of community, “some are quite ambivalent – they see no reason to want to benefit from the broadband revolution,” she said.

Many of those still agreed to the passive fibre connections, she said, “if only because they suspect it will add value to the price of their house.

“One thing I did find most surprising was the number of people that see a potential to rely on this technology – but not for financial motivations – such as those in outreach, advocacy and volunteer roles.

“It’s not the most vocal argument you would have heard in the commentary so far, but people do understand how this technology might help them look after their loved ones.”

NBN Co expects that a small number of Willunga residents will trial an NBN service from the second quarter of 2011, but services are unlikely to be commercially available until the third quarter.