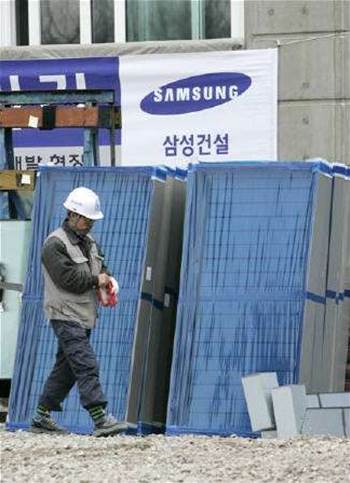 Samsung Electronics may be looking to sell its hard-disk-drive business for US$1.5 billion and Seagate Technology is one potential buyer, the Wall Street Journal reported on Sunday.

Samsung would use proceeds from the sale to invest in new, higher growth areas, the newspaper reported citing a person familiar with the situation.

While it would likely seek US$1.5 billion, it might consider selling the money-losing division for US$1 billion, according to the report.

"We are reviewing various business opportunities but we don't comment on market speculation," a Samsung spokesman in Seoul said. Seagate declined to comment on the report.

South Korea's Samsung is the world's top maker of memory chips and flat screen, but it has struggled in the hard-disk-drive (HDD) business, where it is one of the smallest players in the market.

The industry is due to become even more competitive with Western Digital's plan to buy Hitachi's hard-disk-drive unit for US$4.3 billion, a deal that would create global leader with deep resources.

Samsung's reported sales plan raises prospects for further consolidation of the beleaguered industry, which is facing declining sales growth and a longer-term threat from wireless devices such as Apple's iPad, which use faster, less power-hungry flash or solid-state drives (SSD).

For Seagate, the world's largest maker of hard drives, the deal will help it better compete with the enlarged rival, Western Digital.

For Samsung, the potential sale would give the world's largest technology firm by revenue more firepower for acquisitions and expansion into new business areas such as healthcare and green energy.

It would also help the company focus on the competing SSD sector, which it dominates along with Intel and Micron Technology.

In February, Samsung Group said it would partner with bio and pharmaceutical services firm Quintiles to create a US$264 million contract manufacturer that will produce treatments for cancer and arthritis, just a few months after Samsung Electronics acquired a majority stake in local medical-equipment firm Medison.

"HDD is not one of Samsung's core businesses, but it has kept the operation in its semiconductor portfolio as there are some technological synergies to be gained between HDD and SSD businesses," said Seo Won-seok, an analyst at NH Investment & Securities.

"On the flip side, the cost of keeping the business is now outweighing the benefits due to weak profitability and its relatively small market share."

(Reporting by Paul Thomasch in New York and Miyoung Kim in Seoul; Editing by Jonathan Hopfner and Vinu Pilakkott).