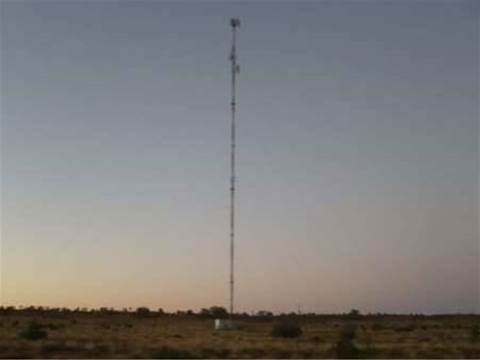 Six remote Queensland towns have proposed building their own redundant 1,350 kilometre fibre link to allow residents and visitors to the area to benefit from high-speed broadband services.

Led by Barcoo Shire mayor Bruce Scott and Diamantina Shire mayor Rob Dare, the project would serve a consolidated stable population of 700 people and a transitive population of approximately 100,000 garnered through tourism and transportation as part of the towns' cattle industry.

The proposed link would interconnect with Telstra backhaul that ran between Quilpie, Longreach and Mt Isa.

The two councils have so far put up $1.4 million each - amounting to double the annual rates income of Diamantina - and last year secured equivalent funding of $2.8 million from the Queensland State Government.

They have since lobbied the Federal Government for the remainder of the funding with Scott and Dare meeting Communications Minister Senator Stephen Conroy and NBN Co chief executive Mike Quigley separately late last year.

Conroy was said to have offered in-principle support for the project but had not committed to funding.

The meetings and proposals were the culmination of four years' lobbying from the communities, having written to the likes of former communications minister Helen Coonan, former Prime Ministers John Howard and Kevin Rudd, Federal Ministers Anthony Albanese, Conroy, and successive state ministers.

According to Scott, Federal funding could be derived from $325 million left over from a telecommunications fund established by the Department of Broadband on the recommendation of the Regional Telecommunications Review.

The Government committed approximately $61 million in 2009 to regional initiatives as a result of the review but had since made no announcement on further spending.

Scott was a member of the review committee between 2007 and 2009, during the course of its investigations.

A spokesman for Conroy's office had not returned iTnews' requests for comment at time of writing.

Scott defended the massive costs involved in providing fibre to the small communities by pointing to the economic contributions of the cattle grazing and tourism industries of the towns.

"The communities we're talking about are iconic communities in Australia's history, there's a lot of people who'd like to visit these communities. We need to be in a logical state to be able to be a functional community," he said.

"It's one thing to say you divide 700 people by 20 million and the cost-benefit is not very high but if you include the contributions of these industries to the national economy it shows a completely different slant on what that cost-benefit may be."

Scott said the councils had since begun talks with Telstra and Ergon Energy in an effort to contract builders for the link.

The communities also attempted to contact private contractor Lockheed Martin with a view to connecting to a nearby 150 kilometre link owned by the Department of Defence.

Whatever the cost, Diamantina chief executive Scott Mason told iTnews the towns were attempting to move up from the inferior satellite access they currently had, with a goal of fibre as "the gold standard".

The towns, which get internet access via satellite under the Federal Government's $325 million Australian Broadband Guarantee, would be eligible for access to NBN Co's satellite services once they were launched in 2015.

An interim service would be available from July this year with 6 Mbps peak bandwidth speeds over Optus and IPSTAR satellites.

Although NBN Co and the Federal Government have worked to dismiss perceptions that satellite was an inferior option to fixed wireless and fibre services under the NBN, Barcoo Shire's Bruce Scott said the latency issue often involved in satellite services - regardless of speed - proved troublesome for the e-health and tele-education applications the town hoped to use in future.

The communities also feared sub-standard telecommunications under any universal service obligations provided by a proposed USO Co under the NBN.

Scott said the Telstra-owned microwave and radio links used to serve the towns now could be disconnected by 2020 with no alternate solution.

"The trouble nationally for us is that the discussion has all been about broadband, it hasn't been around telecommunications which is what the NBN ultimately will be," he said.

South-west Queensland joins several rural and remote towns taking up their own cause to build fibre in absence of NBN fibre under current eligibility criteria.

The South Australian town of Victor Harbor, chosen as a termination point for the Federal Government's $250 million Regional Broadband Blackspot Program, has sought to build its own 30 kilometre fibre loop in the town's central business district in order to make better use of the newly added backhaul.