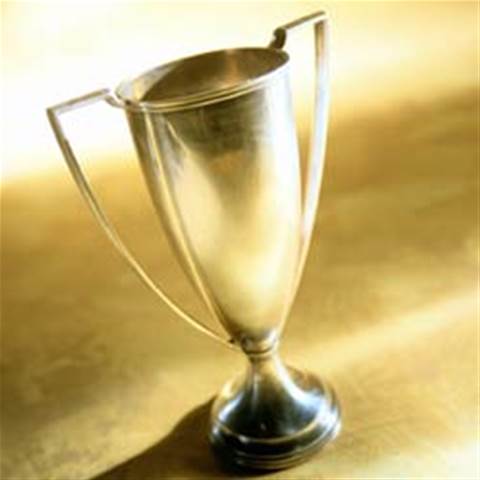 Rivals revel as Telstra is cornered.

Telstra's rivals have cracked open the champagne after the Federal Government delivered sweeping changes to the regulation of Australian telecommunications, with market incumbent Telstra being asked to structurally separate or have a form of separation imposed upon it by law.

Whilst the potential for Telstra's seperation was welcome news to carriers and ISPs, they were also buoyed by government plans to grant the competition watchdog more power to set wholesale prices and resolve access disputes, as recommended by multiple submissions to the regulatory consultation paper.

Telstra CEO David Thodey, said he was disappointed. As was Shadow Communications Minister, Nick Minchin, who is bordering on being outraged.

iTnews discussed the ramifications of the reforms with the key stakeholders:

"This is a very positive announcement for competition in our industry. It squarely addresses the structural issues in the fixed line market which have concerned us for some 12 years. It directly responds to industry feedback gained during the consultation process with the Federal Government.

"The Federal Government has done this in such a way that reaches out to Telstra and gives them some options.

"AAPT welcomes the Government's announcement to bring forth the necessary regulatory reform our industry has been lacking.

"In our view, whether the ultimate outcome is functional or structural separation of Telstra is of less importance than the delivery of equivalence of access - both models can achieve this."

"The big winner from these reforms is the Australian consumer who will be able to gain access to fast, affordable and competitive broadband services.

"It should provide greater certainty for the telecommunications industry and encourage investment, innovation and jobs."

"At face value, these reforms look to be at least as important for the next 5-10 years as the NBN will be for the following 30-40 years.

"Telstra have 'gamed' a flawed regulatory system for more than a decade. I can't wait to see the regime change to re-establish a pro-consumer regulatory regime. That is the key to all of these reforms - they are designed to allow service providers to innovate and to obtain structural and pricing fairness without needing a massive legal budget to do it. I look forward to studying the legislative changes proposed in detail, but at a high level they look like what we've all been waiting for, for years, but never quite expecting any government to have the courage to do.

"That's the second unexpectedly great announcement from Sentator Conroy in the term of this government (the other being the fibre-to-the-premises NBN). Now all the government need to do for the full trifecta is to abandon the insanely flawed censorship proposals, and let us all get on with building great networks."

"There is a fork in the road, Telstra can choose which path it wants to go down. It can continue to use its infrastructure as is and be subject to more regulation - I would categorise that as the 'living in the past approach' - or it can jump on board the future, and structurally separate.

"If Telstra wants access to things like its HFC network and wireless assets, it has to make some choices."

"The separation of Telstra's wholesale and retail business is good news for competition and great news for customers.

"Today's announcement is a big win for customers because increased competition and streamlined regulatory processes will pave the way for more affordable mobile and fixed line telecommunications services."

"The IIA has long called for this move. Last year we urged that nothing less than an open and competitive National Broadband Network (NBN) should be our goal and we regard the Minister's announcement as an important advance."

"There's no doubt that the legislation is far reaching and goes to the core problem i.e. Telstra's integration. Senator Conroy made it clear that it was Telstra's choice whether they structurally separate or allow functional separation to be imposed upon them. But either way this allows for opportunity to change those problems that have really hampered competition and consumer outcomes for a generation once and for all.

"It's a huge win for competition and for consumers - it really is a historic win. It's the kind of reform that we've argued for for the last decade.

"It needs to get through the parliament before the end of this year. We've discussed this long enough, but it now has to happen."

"The Government's commitment to work with Telstra to encourage structural separation - and to provide a legislative fall back of functional separation - is the best outcome for shareholders, business and consumers.

"Reform toward a competitive telecommunications marketplace cannot wait the five or eight years until the NBN is delivered. The sooner that we can deliver a contestable, competitive telco market, the sooner Australia's businesses and consumers can reap the benefits of a competitive market.

"The structural separation of Telstra's wholesale and retail components, coupled with fair wholesale pricing for all retailers will remove opportunities for abuse of the current market structure."

"Consumers will only gain benefits from improved productivity where there is fair competition among telco retailers. Where one controls the underlying infrastructure we can have no confidence in competition delivering those benefits for consumers.

"With Internet TV soon to become a mainstream product, it is vital that the underlying network be separated from not only Telstra's mobile business but also their stake in Foxtel."

"It's great to see that the Government is seriously considering Telstra's market power and how to avoid it being an ongoing problem.

You only have to look at the fact that they made a $4.4B profit, dwarfing the rest of the industry, to realise that they are still in a pretty dominant position."

"This is clearly the backwash of the Sol Trujillo days. It hasn't all disappeared all that quickly in Conroy's thinking in particular.

"Telstra have, in recent months, been using a tactic that is very similar to what is now being used on them. In effect what the government is doing sounds like what's good for the goose is good for the gander. You're a commercial player in a commercial space and if you don't do what we think you should do guess what? We're going to put the knife to your throat, just the same as you've held against others."

"For years the telecommunications industry has been demanding the government regulate Telstra and bite the bullet on separation of wholesale and retail services.

"We insist that Telstra, the NBNCo or any other telco never be allowed to own public infrastructure and simultaneously compete with retail providers. This situation has stunted telco growth in Australia and it must not be allowed to happen again.

"I hope that Telstra will see sense in working cooperatively with the Government and the rest of the industry."

"The Government has given no adequate explanation for this radical change of policy or any analysis of the likely impact on Telstra's 9 million customers, 1.4 million shareholders or 30,000 employees.

"Nor has the Government explained why it needs to take the radical step of forcing the break-up of Telstra, when it is proposing to spend $43 billion building a wholesale only optical fibre network to compete with Telstra.

"The Coalition has grave concerns about the Government's hairy-chested approach and urges it to adopt a more cooperative approach to Telstra. Now that Telstra Managing Director David Thodey has brought a new spirit of consensus and cooperation to the leadership of that company, the Government should be working with him, not holding a gun at his head."