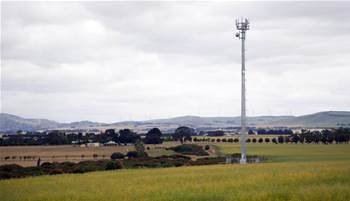 Public safety gets a nod.

The government on Wednesday formally accepted all 12 recommendations made in the 2021 Regional Telecommunications Review, but has deferred action on most of them.

While it committed $1.3 billion over six years to upgrade non-metro telecommunications, most of the remaining actions remain stalled and contingent on further reviews and consultations.

The government’s Regional Telecommunications Review response was tabled in parliament yesterday (pdf) with Minister for Regional Communications, Bridget McKenzie, stating “for our regions to reach their true potential, they need to be empowered to flourish economically and socially, and digital connectivity infrastructure is essential in order to realise this ambition.”

A key recommendation on telecommunications affordability for low income earners was deemed fraught with issues that are “potentially significant and costly to address.”

The committee had recommended the removal of data charges for regional low-income and income support recipient consumers in accessing government services to improve the affordability of telecommunications for these users.

The committee recommended that this measure be introduced during the current upgrade of myGov and introduction of Online Employment Services. It also wants NBN Co to implement a product for low-income consumers across all technologies in regional areas.

The government would only commit to “exploring options in this area with NBN Co”, with the response noting that NBN Co would need to work with retailers and agencies such as the ACCC.

The government says it will examine measures to improve affordability for low income and income support recipient consumers in regional Australia and explore the practicality and cost of zero-rating data charges for government websites, particularly for low income users of mobile phones. It would also ‘explore’ this measure during the myGov upgrade.

The government added that it would ‘consider’ smaller targeted grants that could be provided to service providers, charities, not-for-profits and/or community associations for service delivery with $30 million of the Connecting Regional Australia funding earmarked for affordability purposes, although these have yet to be defined.

The $811.8 million Connecting Regional Australia initiative was the centerpiece to the response to the review.

“Connecting Regional Australia is a large-scale, flexible, multi-year fund that enables strategic investment in digital infrastructure and skills, aligned with the Review’s recommendations and our country’s needs. It not only builds on, but greatly expands on our highly successful Mobile Black Spot and the Regional Connectivity Programs,” McKenzie said.

Given the mounting pressure on all tiers of government to address utility emergency responses to the current disasters caused by flooding and the 2020 fires, the most timely and significant review recommendation concerned regional telecommunications resilience.

The committee called for the creation of a Regional Telecommunications Resilience Fund, targeting initiatives to improve emergency and network resilience across vulnerable communities, enhancing funding for the Strengthening Telecommunications Against Natural Disasters (STAND) package, including the Mobile Network Hardening Program.

The government also recommends a focus be given to better coordination between the telecommunications industry, energy providers and emergency services and standards of maintenance and preparation for emergency events.

The government agreed to commit to investment in improving the resilience of telecommunications network infrastructure but stopped short of creating a dedicated fund. Instead, it offers $106 million in funding under the CRA for proposals for improving network resilience in vulnerable areas.

The government welcomed the improvement of cross-sector coordination between emergency services, energy providers and the telecommunications industry, as well as developing standards of maintenance and preparation for telecommunications assets, and noted the committee’s suggestions that coordination would be improved through the development of a consistent national disaster management framework and essential services definition.

However, the response said further work will need to be done to determine how these objectives can be best achieved, including the relevant agency or organisation to take this work forward.

The committee also suggested that a Public Safety Mobile Broadband (PSMB) and Emergency Cell Broadcasting network should be progressed by Government and the telecommunications industry, to which the government revealed that it had been evaluating options for the National Messaging System (Cell Broadcasting) which was announced in Tuesday’s Budget.

Work on a multi-operator national PSMB is also being pursued by the NSW Telco Authority on behalf of Australian, state and territory governments.