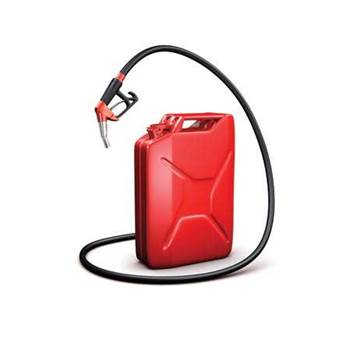 The brains behind Jamcode are taking a leap of faith, using the worsening economy to plunge full-time into their venture.

The software developer launched last June as a side venture for its four founders who had full-time jobs in technology businesses in the US and Australia.

But as Jamcode's flagship application GasBag gained traction, they decided it was time to jump into the business with both feet. GasBag collects petrol prices from its users and reflects those back to the community to help drivers find the cheapest local petrol.

"As the economic climate got worse, we've accelerated instead of pulling back," said Jamcode chief executive officer and co-founder, Mick Johnson.

"So we now have much more work than we can handle -- which is just the way we like it -- and once the market kicks back up again in a year or two, we expect to be in pole position to take advantage of that."

"We see this climate as the best time to do a start-up for a number of reasons," he said.

"Competition is low, talent is cheap, ad spend is cheap and you can use the harshness of the market to develop a really good focus on what's actually important for your business."

His sentiments reflect those of Chris Wand, managing director of US venture capitalist Foundry Group.

Wand expected forced redundancies to produce a big pool of talent: "I think that this is actually a great time [for] a start-up".

"It's no longer about the competitor next door spending loads of money; the recession has taken pressure off and now they [start-ups] can really take the go off and build their business without needing to demonstrate that they have a paying customer tomorrow."

The Foundry Group manages a $US225 million [$344 million] venture fund that invests in early-stage information technology, internet and software businesses.

Wand said that because his investors tend to take a long-term perspective, the recession has no effect on the Foundry Group's investment habits.

But he added that the venture capital market is tightening.

Some firms are concerned about how efficiently capital is used in a down-shifting economy. Others may choose not to invest in new businesses, in favour of bolstering investments that need money to weather the recession.

And as the recession washes out what Wand described as mediocre businesses forged in the boom it may clear the path for start-ups with solid business plans.

"It's a little bit of a double-edged sword in that there's less capital to seek out, but there's also going to be less companies ultimately competing for those dollars," he said.

"I think the business opportunities are definitely still there; the question is how they [start-ups] should approach them."

He suggested start-ups target their business plans and pitch to relevant investors.

Some businesses forged during recessions have achieved great success. These included Cisco, funded during the recession of the early '90s, and Australian start-up Atlassian that was established during the dot-com bust.

"Because they are forged in the recession, they will have to already figured out how to really focus on what product or service they're offering, who their customer is, what value they create for them. They will have to focus on how do you make a business that makes money," he said.

"These are really good things for a company to focus on, both in good times and in bad, and the recession really reinforces that behaviour.

"I think the pace of innovation will continue. I actually think that in some ways, the companies that come out of this recession will be stronger."