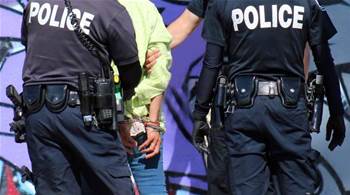 Researchers from RMIT have developed algorithms they say can comb through social media data to more accurately predict when and where different kinds of crime will occur.

Data from over 20,000 check-ins by users in Brisbane and nearly 230,000 check-ins in New York was used to improve on current crime prediction models, which are based on long-term trends that can fail to anticipate short-term variations that can impact the occurrence of crime events.

“Obviously the large majority of people in the city were not always using the app and those committing crimes were likely not posting on the app about it,” RMIT computer scientist Dr Flora Salim said.

“So, we used recommender systems to fill in the gaps and predict other activities in any given scenario.”

Salim said the results are significant given the sparsity of the data sets used in the study.

“Based on these positive results, this technology could allow police to design more effective patrol strategies with limited resources by sending officers to the places where crime is more likely,” she said.

The system could eventually be expanded to include information from almost any social media platform, app or mobile network that collects location data from its users.

Other crime prevention studies have also looked at Twitter as a tool for predicting crime, but have instead used topic analysis to gauge community sentiment.

The RMIT team argues that location data offers more dynamic and up-to-date insights since it can take significant time for community sentiment to shift, build and be reflected on social media.

The group is now planning to extend the work by training the algorithms using data from one city and increasing its ability to apply those learnings in a different city where patterns are different.