RBS admits to decades of IT neglect 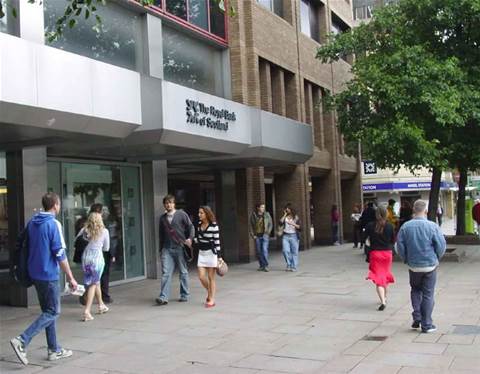 The Royal Bank of Scotland has neglected its technology for decades, the bank's boss admitted yesterday after a system crash left more than 1 million customers unable to withdraw cash or pay for goods.

The problem lasted for three hours on Monday - one of the busiest online shopping days of the year -and raised questions about the resilience of RBS's technology, which analysts and banking industry sources regard as outdated and made up of a complex patchwork of systems after dozens of acquisitions.

"For decades, RBS failed to invest properly in its systems," Ross McEwan, who became chief executive in October, said.

"Last night's systems failure was unacceptable ... I'm sorry for the inconvenience we caused our customers," he said, adding he would outline plans in the New Year to improve the bank and increase investment.

The latest crash could cost RBS millions of pounds in compensation and follows a more serious crash in its payments system last year that Britain's regulator is still investigating.

The regulator has been scrutinising the resilience of all banks' technology to address concerns that outdated systems and a lack of investment could cause more crashes.

The technology glitch is another setback for the bank's efforts to recover from the financial crisis when it had to be rescued in a taxpayer-funded bailout. The government still owns 82 percent of RBS.

RBS's cash machines did not work from 1830-2130 GMT on Monday. Customers trying to pay for goods with debit cards at supermarkets and petrol stations, buy goods online or use online or mobile banking were also unable to complete transactions.

The bank said the problem had been fixed and it would compensate anyone who had been left out of pocket as a result.

About 250,000 people an hour would typically use RBS's cash machines on a Monday night, and tens of thousands more customers would have used the other affected parts at its RBS, NatWest and Ulster operations. RBS has 24 million customers in the UK.

Millions of RBS customers were affected in June 2012 by problems with online banking and payments after a software upgrade went wrong.

That cost the bank £175 million (A$316 million) in compensation for customers and extra payments to staff after the bank opened branches for longer in response. Stephen Hester, chief executive at the time, waived his 2012 bonus following the problem. Britain's financial watchdog is still investigating and could fine the bank.

The latest crash occurred on so-called Cyber Monday, one of the busiest days for online shopping before Christmas.

RBS said the problem was not related to volume, but gave no details on what had caused the system crash.

McEwan has vowed to improve customer service and has said technology in British banking lags behind Australia, where he previously worked. He has pledged to spend £700 million in the next three years on UK branches, with much of that earmarked for improving systems.

RBS's former CEO Fred Goodwin has been blamed for under-investing in technology and for not building robust enough systems following its takeover of NatWest in 2000.

Andy Haldane, director for financial stability at the Bank of England, told lawmakers last year banks needed to transform their IT because they had not invested enough during the boom years. Haldane said 70-80 percent of big banks' IT spending was on maintaining legacy systems rather than investing in improvements.

It is not the first time RBS has been in trouble over its IT systems. It was fined $9.7 million in 2010 over shoddy IT systems that left it in breach of British anti money laundering laws.

Outages in 2012 and 2013 also crippled the bank and left it exposed to regulatory investigations.