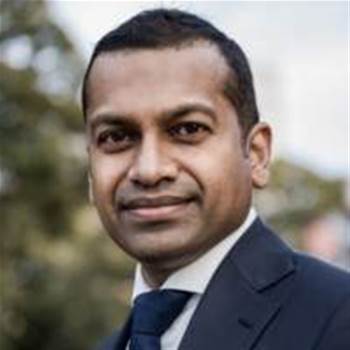 The Reserve Bank of Australia’s chief information officer, Gayan Benedict, has revealed that the central bank’s new core banking platform is now up and running with the institution ready to start processing payments in real-time for its government agency clients like Centrelink and Tax.

In a fulsome tech update on what the RBA has been up to over the last few years – and where it currently sees itself now headed – Benedict revealed that the RBA’s current tech strategy will focus broadly on baking hardcore resilience into its increasingly public-facing systems and fostering better business and industry collaboration.

“As a Bank, we’ve delivered the New Payment Platform and its underpinning Fast Settlement Service. We’ve successfully completed our core banking modernisation program while decommissioning our legacy mainframe-based system,” Benedict said in a speech delivered to a function in Sydney on Tuesday.

“The challenge in the coming years is to go beyond only delivering new technologies and extend to how we digitally enable the entire RBA and its integration into the broader economy.”

While it’s a nuanced and even incremental shift in posture for the RBA, the big takeaway is that the broader shift to digital economy in Australia, indeed a digitally transformed RBA, has effectively dealt the central bank back into being a mid-sized transactional institution rather than a policy and boutique operations pure-play that prints some money on the side.

On the backend, that translates to the RBA processing hundreds of billions of dollars in payments across Centrelink, Medicare, Tax and other federal agencies - business that is openly contestable.

At the same time the RBA’s infrastructure powers the Fast Settlements Service that is the core of the New Payments Platform, which all banks in Australia have plugged, or are plugging into following key policy reforms to spur innovation in the previously cozy sector.

It is understood the RBA now has an IT staff count of around 300 people, a shop size that makes it compete directly for talent not only with retail and merchant banks but also with the likes of Atlassian and Google.

Benedict noted that the relentless march of “digitalisation” now meant that the RBA’s technology infrastructure “supports many of the services the RBA delivers for the Australian people”.

“Put simply, in today’s world we cannot be an effective central bank supporting a successful economy, without having an effective technology capability,” Benedict said, adding that the number of moving pieces and complexity in its tech operations were increasing.

“With the digitalisation of banking and payments and the increasing shift of government towards delivering digital services to the public, the RBA finds itself at the intersection of digital disruption across a number of sectors in which we operate,” Benedict said.

“To address these challenges, the RBA has had to modernise its technology platforms and deeply integrate them not just across the bank, but with the broader industries we service.”

While the New Payments Platform has taken a lot of the recent limelight, especially as the RBA’s policy operatives cajole retail banks for better integration and availability, the RBA’s core system replacement has also been a major focus.

Built on the BaNCS platform now owned by giant Tata Consulting Services, the platform actually traces its origins back to Australian banking software pioneer Financial Network Services that started out in Redfern in the early 1980s before it was snapped up.

First revealed in 2015, the platform has gone live right on cue and gives the RBA not only a real-time and API friendly capability but also provides a crucial backend for transactional government agencies to work with as they modernise their front ends.

The system can be already be used in anger with the NPP and Centrelink having already trialled real-time emergency payments for disasters, with the potential for people to be paid instantly around the clock.

On the welfare front that means authorised emergency payments, like getting funds to people fleeing domestic violence, can be made in seconds once approved.

“The bank’s policy areas have developed new data platforms that consume massive data sets from across industry to assess credit risk and maintain stability across our markets.”

The issue of mass data ingestion is becoming mission critical for both central banks and government treasuries which are being jolted from economic and statistical information arriving quarterly and monthly to a more real-time status.

Again, this is partly powered by faster data from the likes of payment systems and other transactions like mortgages, GST, credit card debt and employment and unemployment levels.

“Over the past decade, the RBA has been progressively implementing our technology capabilities on digitised platforms – consolidating and modernising our systems to support our core functions: banking, payments, market operations and data-intensive policy areas,” Benedict said.

“The importance and interconnectedness of these digital platforms both within the Bank and into industry has grown over this period. In the past, the footprint of the RBA was felt largely through the effects of monetary policy decisions and its market operations.

“Today our digital platforms for payments and banking are now also on the critical path for daily operations within the broader economy,” Benedict said.