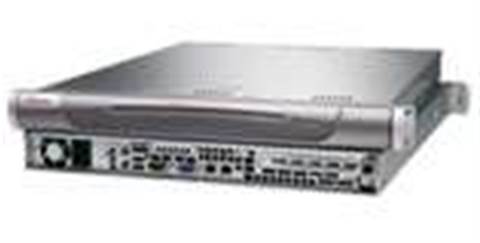 According to president and COO Thomas M. Swift, with customer wins across the call centre, local government, resources and education sectors, Australia was becoming the global beachhead for the vendor.

‘We have sold more CCNOCs here than in any other market as Australia [organisations] are technology early adopters who want simple management tools,” he said.

Swift said the prominence of SMEs in Australia meant there was a sweet spot for the company’s CCNOC products which offer network and systems management, traffic analysis, vulnerability scanning, asset management and reporting capabilities.

“The CCNOC is an appliance-based version of OpenView which takes us way down into the market for organisations who would never have afforded [these capabilities] before,” he claimed “It can cost hundreds of thousands for competitors’ products and there are the administration and maintenance costs on top of that. Mid-sized organisations don’t have that sort of spend.”

A/NZ director Gary Hull said about 50 percent of all CCNOC sales had been into the vendor’s existing KVM switch and access and control appliance customer base, with the balance to new customers such as call centre outfit Custom Call and resources company Upstream Petroleum.

Launching the range in January, Swift said it had taken the better part of a year for the market to begin considering Raritan.

“IT shops are innately conservative - they are unsure of a capability from a vendor they don’t know, or a new capability from one they do know,” he said. “There’s also a lead time for channel [sales] partners – you can’t just switch on sales like you could from a direct sales team.”