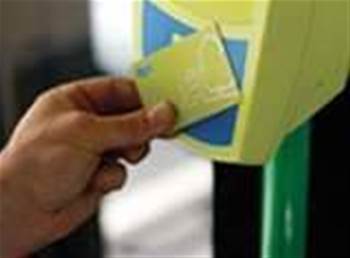 Victoria’s Metro Trains has been forced to reinstate a rail worker after failing to prove she was exploiting a loophole in the Myki electronic ticketing system to fraudulently pocket card replacement fees.

The rail operator dismissed the staff member - who manned the ticketing booth at Melbourne’s Parliament station - in July last year, after her staff ID was tracked making 93 “irregular” Myki transactions over a seven month period between late 2015 and early 2016.

In Victoria, a new Myki card costs $6 for an adult or $3 for a concession.

Metro Trains claimed the station worker had been stashing expired or defective smartcards handed in by passengers in exchange for a free replacement.

It alleged she was in the habit of “cloning” the handed-in defective cards - by linking their serial number to a new card in the Myki system - and then selling them on to customers as new cards and pocketing the $6 charge.

The Myki system - which is operated by Public Transport Victoria - registers the single card to to have somehow been replaced twice. Court documents say PTV is investigating the system flaw.

The discrepancies showed up in an audit of staff Myki transactions conducted by PTV, which revealed nearly all staff surveyed had at least one or two similar “irregular” transactions to their name - while several had close to 100 or more.

But in the case of the Parliament Station worker, Metro Trains was unable to make the dismissal stick after the Fair Work Commission ruled there was a lack of evidence the employee was involved in an alleged cloning scam.

One of the biggest holes in the case was a widespread practice of sharing terminal log-ons and passwords as a peak-hour workaround.

The Parliament stationmaster backed workers' claims that is was “routine” for terminals to be left open and accessible to other staff members during breaks, and for workers to be directed by their managers to hand over their staff ID and passwords to colleagues so they could continue serving customers without interruption during busy periods.

“I cannot exclude the possibility that the irregular transactions were undertaken by other staff," Fair Work Commissioner Nick Wilson ruled.

He said he was satisfied “Metro Trains did not have a valid reason for [the employee's] dismissal."

Metro Trains has been ordered to re-instate the worker and backpay her the bulk of the wages owed for the seven months passed since her dismissal.