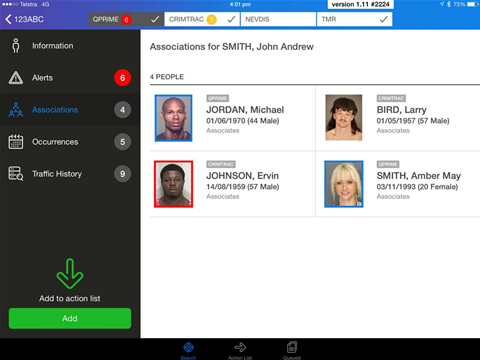 The Queensland Police Service has taken a leap of faith with iOS and has re-written its award-winning QLiTE mobile interface as a native application, turning its back on HTML5.

Yesterday, Queensland’s Emergency Services Minister Jack Dempsey officially launched the second version of QLiTE with a range of new features, and revealed that the rollout of iPads and other devices within the force had reached 2850 – more than 1000 beyond its G20 target.

“Officers with access to an iPad or iPhone have cut down red tape and saved up to 30 minutes per shift. That time is going back into frontline policing and keeping families safe,” the minister said.

Acting chief superintendent and project lead David Johnson told iTnews making the move to native iOS was aimed at obtaining greater control over the in-built device features and making the tools work better for officers on the beat.

For example, he said, the native iOS version of QLiTE opens up the possibility of recording officers' digital signatures, which is critical to issuing infringement notices electronically. 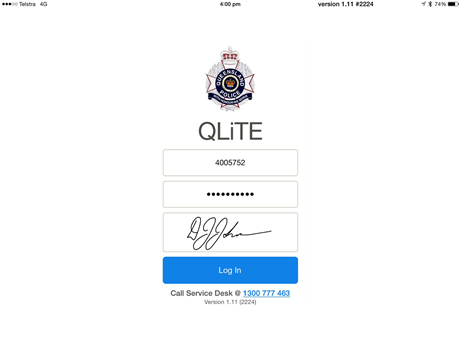 It has also led to small but important improvements in usability, like allowing officers on the beat to be able to zoom in and manipulate images pushed from a national database of persons of interest.

“In the native application we have better control over that image. For example if a person of interest has tattoos on their face, and officer can now zoom in to get a better look at them,” Johnson said. 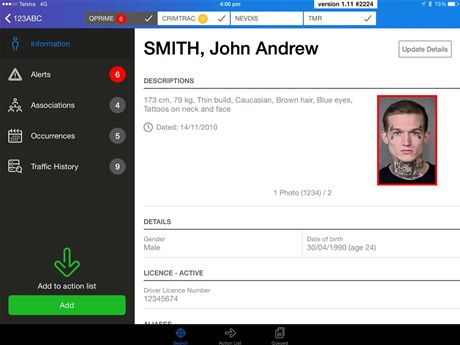 Version 2 – which is currently being trialled by 40 users before it is distributed to all mobile-enabled police in January – will also allow police to use maps applications to electronically mark out an exclusion zone for individuals given a move-on notice, and to communicate that in real-time to other officers to ensure the offenders don’t return. 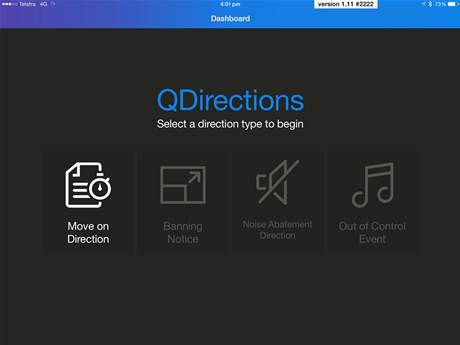 Johnson said he and the team were also looking to exploit new device management functionality in iOS 8 to create what he calls a “split personality” for users, which will allow officers to use non-white listed apps in the line of duty.

“For example, we had an officer out west recently responding to a foreign national threatening to take his own life. He was able to use Google Translate to communicate with the man until other services turned up and ultimately saved his life,” he said.

“The way we have architected the application through a middlware layer means we can decouple it from iOS if we need to,” he said.

“We have committed now to going with the iOS e-hardening guidelines. We held discussions with Samsung about Knox, but it wasn’t right for us. We are still in discussions with Microsoft about their security functions.”

The QLiTE enhancements are also set to speed up the rapid expansion of the program - which is outstripping expectations - across the force.

The state government funded a rollout to 1750 devices for last month’s G20 Summit in Brisbane. But a number of other commands decided of their own accord to front up money from their own internal budgets to get the devices into the hands of officers.

“Our road policing command realised how useful QLiTE would be for traffic intercepts and accessing the national driver’s licence database, so internally funded the rollout of its own devices. It will also help them as many states discontinue rego labels - now the road policing command can check interstate vehicles electronically," Johnson said.

“The Brisbane regions command wanted the devices to make its operations more effective while many of its officers were deployed in the CBD for G20."