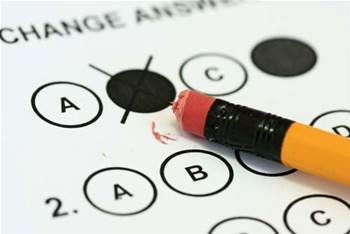 Says system is still too flawed.

Queensland students will continue to sit national NAPLAN exams with a pen and paper after the state government and Catholic education administrators pulled out of the first round of online assessment trials.

Education minister Kate Jones said the Queensland Department of Education wasn’t confident enough in the online system to open it up to real-life student assessments.

“Recent trials conducted by my department and in other states have identified ongoing concerns about the readiness of the online tests,” she said.

“My department identified flaws with display settings in the online testing platform, which may be confusing for students.

"That is why I have withdrawn Queensland state schools from participating in the trial this year."

The announcement makes Queensland the fourth state or territory to boycott the online NAPLAN trials.

In December the Australian Curriculum, Assessment and Reporting Authority (ACARA) - the NAPLAN co-ordinator - revealed NSW, Tasmania, and the Northern Territory had pulled out of the 2017 trials because they didn’t believe all schools would be able to offer adequate devices or bandwidth to run the exams.

It means only students from South Australia, Victoria, the ACT, and Western Australia will use the online system when the next round of tests take place between between May 9 and 11 this year.

The NAPLAN numeracy and literacy test is run every year to assess the progress of students in years three, five, seven, and nine.

ACARA wants to move the paper-based test online for all school students progressively from this year. It had planned for 10 percent of schools to conduct NAPLAN tests online this year, 50 percent in 2018, and for the rest to get on board in 2019.

It says electronic testing will be cheaper to conduct, faster to mark, and will allow it to better test the full spectrum of student performance will dynamic tailored testing options. ACARA has also started to mark parts of the exam with cognitive computing software.

Jones indicated that the state still plans to participate in online exams in 2018.

“We believe in the concept of NAPLAN online and the potential benefits it will bring for students," the Queensland education minister said.

“We’ll continue to work with our national partners so that we can have confidence in the NAPLAN online rollout into the future.”

The other boycotting states have also said they plan to get on board once their concerns are addressed.