NSW, NT and Tasmania say no to online NAPLAN trials 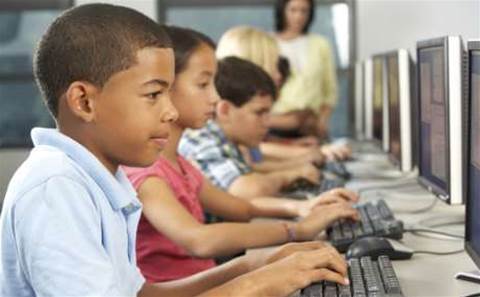 Will take a ‘wait and see’ approach.

Three states and territories have decided not to be involved in online NAPLAN assessments until logistical, technical and geographic issues have been fixed.

NAPLAN operator, the Australian Curriculum, Assessment and Reporting Authority (ACARA), earlier this year said 10 percent of schools would conduct the tests online in 2017, 50 percent in 2018, and the remainder in 2019.

During a media briefing late last week, ACARA chief executive Rob Randall said the agency planned to test online readiness in March next year, ahead of the first online exam in May.

However he also revealed NSW, the Northern Territory and Tasmania would not take part in any of the 2017 pilot exams, over concerns some schools lack the necessary IT infrastructure to properly conduct the tests online.

Schools have previously complained that they don't have enough devices or bandwidth to keep up with online testing on the NAPLAN scale.

A spokesperson for the NSW Department of Education said it made the decision to postpone its transition so all schools across the government, Catholic, and independent sectors could adopt online testing at the same time in 2018 or 2019, after “closely monitoring” the progress in other states.

“Before implementing NAPLAN online, NSW wants to ensure that schools have the technical resources they will need and that students and teachers are sufficiently familiar with the online environment," the spokesperson said.

The department said it was also concerned about grade three students have the typing skills necessary to do a writing test online, and intended to discuss the issue at a meeting of state, territory and federal education ministers on December 16.

An NT education spokesperson said that because of its geography, there are “a number of factors to consider when moving testing to an online platform”. It also said it would “work closely with other jurisdictions” to “monitor the progress of the online platform during 2017”.

In Tasmania, the Department of Education said it wanted to familiarise students with the process before it introduced online NAPLAN tests - meaning it won't be ready in time for ACARA's deadline.

“Prior to undertaking the tests students will have the opportunity to become proficient with the software that is to be used and to experience the types of questions that might be asked in a ‘familiarisation environment’ that is currently being developed,” a Tasmanian Department of Education spokesperson said.

Despite the delays, all three states and territories at this stage said they remain committed to transitioning by the 2019 deadline.

Most ACT schools, along with around half in South Australia and 100 in each of the remaining states, are planning to undertake the test online next year.

Randall acknowledged ACARA had experienced some issues with the tests, but insisted the agency was working to rectify the issues.

“We’re not claiming here that there haven’t been problems along the way. The whole point of a trial, which is what we did a while ago, it to learn. And the good thing is we’ve learnt about web protection, through to setup, practice and clarity of instructions,” he said.