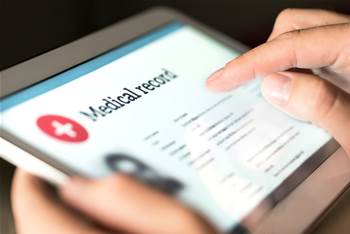 The Queensland government will provide another $300 million over the next five years for the continued rollout of integrated electronic medical record (ieMR) functionality.

Budget papers released on Tuesday reveal $240 million for the ‘digital hospital electronic medical record system’ over the forward estimates, with a further $60 million to be provided in 2026-27.

Queensland Health first received funding of $412 million for the ieMR in 2011, but by 2016 it was estimated the project would cost $1.2 billion to complete.

In December 2018, a damning audit revealed another $250 million would be needed to complete the ieMR, pushing the project more than 40 percent over budget.

“The program is now at a critical junction because it cannot complete implementation in the remaining 12 hospitals without more funding,” the audit said at the time.

In mid-2019, the agency suspended the rollout to “allow time for existing ieMR sites to fully realise... benefits”, according to former health minister Stephen Miles.

At that time, the ieMR had gone live at 16 hospitals, 14 with advanced functionality and two – Cairns Hospital and Royal Brisbane and Women’s Hospital – with basic or intermediate functionality.

It is unclear if this has changed in the two years since, with the current status of the project unknown.

The last update on the state’s digital projects dashboard – which describes the project as ‘on track’ – was in August 2020, coinciding with a six-month freeze on new IT projects.

The government had wanted 27 hospitals – or 80 percent of public hospital beds – to have fully implemented the ieMR by March 2021.

The budget also provides additional funding of $126.9 million over five years to digitise Queensland Courts and the Queensland Civil and Administrative Tribunal.

The funding is part of a larger $246.8 million package to be provided to the Department of Justice and Attorney-General to deliver a “justice system underpinned by contemporary technologies”.

Queensland Corrective Services (QCS) will also receive an $30.4 million over the next two years, including $16.3 million in capital, to replace its integrated offender management system (IOMS).

The agency was told to replace the case management system in December 2018 after the state’s corruption watchdog found that some corrections officers were using it to extort prisoners.

Following the finding, QCS said it was planning to replace the system with a digital offender management environment (DOME).

Other new funding in the budget: