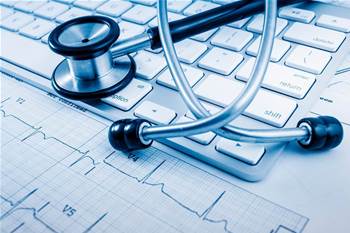 The state-wide rollout of Queensland Health's integrated electronic medical record (ieMR) is projected to blow out by $250 million, pushing the long running project more than 40 percent over budget.

The state's audit office today released its report [pdf] into the department's efforts to digitise hospitals through a single e-health record that have now been running in excess of a decade.

The audit found that “the actual cost of developing and implementing the ieMR is higher than forecast” in the 2016 business case, which put the total capital cost of the project at $612.9 million.

The official probe reveals that “an additional $256.8 million” has been forecast by the department to complete the implementation – an increase of 42 percent on the expected cost in the 2016 business case.

This has forced hospitals and health services (HHSs) to make additional funding requests, and will require a total increase of $112.8 million in government funding.

“The program is now at a critical junction because it cannot complete implementation in the remaining 12 hospitals without more funding,” the audit states.

The ieMR has its origins in a 2006 eHealth strategy but the rollout has been slow to date, partly because the department was directed to defer program activity while the IBM payroll program failure was investigated.

The government’s target is for 27 hospitals – or 80 percent of public hospital beds – to have fully implemented the ieMR solution by March 2021.

But the audit office indicates that the business case had “significantly underestimated” how much it would cost each HHS to implement the ieMR, despite its purpose being to critically examine benefit, cost and risk factors.

This was particularly apparent for “labour costs associated with managing the transformation change”, which was a “key area where budgets have been exceeded”.

Other reasons include wanting to “minimise disruption to hospital operations and minimise clinical risk of the ieMR implementation”, as well as spending more on end use devices in a bid to support higher quality of care.

As a result, some hospitals that are expected to receive the ieMR “have had to make additional funding requests to cover unexpected additional infrastructure and staff costs”.

“The program has identified a funding shortfall for completing the rollout of the ieMR to all the in-scope hospitals and is in the process of developing a revised business case and funding submission,” audit report states.

This could ultimately see other planned initiatives suffer if investment needs to be reprioritised, the audit office said.

With 19 sites yet to receive the ieMR, the audit also indicates there is a chance the program could miss its 2021 deadline.

“It has less than two years to implement the solution in a further 19 sites,” the audit states.

“There is a risk the program’s momentum could slow during this time because some of the HHSs scheduled to implement the ieMR solution do not have as strong a financial position as HHSs that have already implemented the solution.

“This could put the March 2021 revised target date at risk.”

No visibility over costs

The audit also reveals that eHealth Queensland “cannot accurately report” how much it has cost hospitals to implement the ieMR due to incomplete financial information and poor project management software to record and report detailed project costs.

“We found that the project costs HHSs were reporting were higher than what the program was aware of,” the audit report states.

It is similarly unclear about “what each HHS will have to pay annually for the ieMR system” from June 2025 when eHealth Queensland no long fronts the cash for recurrent costs.

The audit office suggested that, at a high level, hospitals would “collectively have to fund an annual cost of about $90 million from 2024-2025 (for vendor costs, labour support costs and non-labour support costs) based on a service charge which still needs to be finalised”.

“The 2016 ieMR business case did not indicate how much HHSs would need to pay to support the ieMR solution, which meant HHSs were not fully informed about the operating costs when the agreed to participate in the program,” the audit report states, adding that a draft updated business case from October 2018 still had not revealed this cost.

Questions have also been raised over whether the agency’s most recent contract with e-health record vendor Cerner last year was the “best value for money” because it has “not sought alternative ieMR options”, creating a situation where “there is no competitive tension placed on the vendor”.

“There is no evidence to indicate that the price the vendor offered at the time of the contract extension in 2017 was still the lowest.”