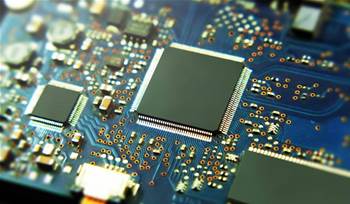 Qualcomm is struggling to keep up with demand for its processor chips used in smartphones and gadgets, as a chip shortage that first hit the auto industry spreads across the electronics business, industry sources told Reuters.

Samsung, the world’s largest smartphone maker, is experiencing a shortage of Qualcomm’s application processors, the heart of smartphones, two people at suppliers for the South Korean giant told Reuters.

Demand for Qualcomm’s chips has soared in the past months as Android phone makers seek to win over customers abandoning phones produced by Huawei due to US sanctions. Qualcomm has found it hard to meet this higher-than-expected demand, in part due to a shortage of some subcomponents used in its chips.

One person at a Samsung supplier said a Qualcomm chip shortage was hitting production of mid- and low-end Samsung models. The second person, at another supplier, said there was a shortage of Qualcomm’s new flagship chip, the Snapdragon 888, but did not say whether this was affecting the manufacturing of Samsung’s high-end phones.

A Samsung Electronics spokesman declined to comment. A Qualcomm spokesman pointed to public comments by executives on Wednesday in which they reiterated they believe they can hit a fiscal second quarter sales forecast given in February.

Separately, a senior executive at a top contract manufacturer for several major smartphone brands told Reuters it was facing a shortage of a range of components from Qualcomm and would cut handset shipments this year. The executive spoke on condition of anonymity.

A surge in demand for consumer electronics has driven a global chip shortage that has idled car factories. The shortage has so far centered largely on chips made using older technology rather than the advanced phone processors Qualcomm designs.

But Qualcomm’s constraints show how problems in one area of the complex chip supply chain can bleed into others and how fast-changing market dynamics can trip up chip companies that must set mass production plans years in advance.

Qualcomm’s flagship application processor, the Snapdragon 888, is still new. Key parts of it come from Samsung’s separate chipmaking division and use a new 5-nanonmeter manufacturing process that is hard to scale up quickly.

A Samsung factory in Texas, which makes some of Qualcomm’s radio frequency transceivers, was also forced to halt operations last month due to power shortages caused by winter storms, though it is unclear whether the effects of that stoppage have yet trickled down to smartphone makers.

“You need a full kit,” said Stacy Rasgon, an analyst with brokerage Bernstein. “If you can’t get them, you can’t build whatever it is you want to build. Supply chains are global and very tightly integrated. It’s set up for efficiency, but it’s less resilient.”

China’s Xiaomi procures the majority of its chips from Qualcomm and Taiwan’s MediaTek Inc.

The chip shortage, which has prompted panic buying, is further squeezing capacity and driving up costs of even the cheapest components of nearly all microchips, industry experts said.

For instance, a commonly-used microcontroller-unit chip from STMicroelectronics originally priced at US$2 now sells for US$14, according to Case Engelen, CEO of Titoma, a contract designer and manufacturer.

“Everyone is placing orders like crazy, when in fact they can’t even use up all their chips,” said Wan, who declined to name his chip suppliers.