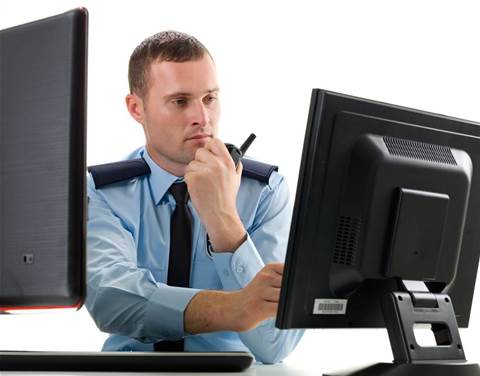 Will face court on hacking charges.

Queensland Police has stood down a senior constable after he allegedly accessed the force's core crimes database without permission to search for things unrelated to his job.

The 40-year-old male constable is only now performing non-operational duties while he is the subject of an investigation into his alleged unauthorised access of the QPRIME system.

He has been issued with a notice to appear before a magistrates court on June 7 after being charged with computer hacking.

"In keeping with our commitment to high standards of behaviour, transparency and accountability, we have undertaken to inform the public when an officer faces serious allegations of misconduct," Queensland Police said in a statement.

"This does not mean that the allegations against the officer have been substantiated."

It comes after a fellow Queensland police officer this week avoided being fired after he shared the address of a woman - obtained from QPRIME - with her restraining order-bound former husband.

The force took disciplinary action against senior constable Neil Punchard but declined to suspend him. The woman has reportedly appealed the decision to the state's parliamentary crime and corruption committee.

Today's announcement is the latest in a string of cases of similar unauthorised access to QPRIME by the state's police force.

In March a Brisbane police officer was charged by the state's Crime and Corruption Commission with using QPRIME to undertake checks for personal purposes.

Last May another office was convicted of 50 hacking offences for using the database to look up people he met through a phone dating line, while three other officers were charged with QPRIME misuse in the same year.

QPS recorded an increase in complaints about the misuse of police and government information last year.