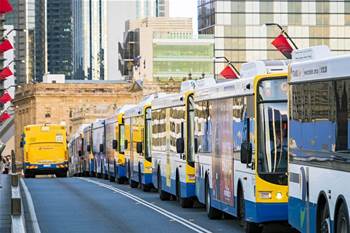 TransLink will shortly kick off two proof of concepts to test the viability of the technology to display timetables and other information such as network disruptions and service changes in real-time.

The projects, which will take place over three months earlier next year, are aimed at ensuring passengers can access up-to-date information, particularly at bus stops without information displays.

“The inability to update all timetables on the network during disruptions with real-time messages regarding temporary service changes, interruptions and other key information limits the ability to inform all customer on the network,” TransLink said.

The agency is also keen to use the projects to replace the “extremely time consuming and expensive” manual practice of reproducing, installing and updating paper-based timetables.

TransLink estimates that there are currently more than 25,000 printed bus timetables, including information on routes, maps and other marketing material, across South East Queensland’s bus stop network.

The NFC PoC will investigate the potential uses of the technology to “assist centralised timetable deployment” in a bid to understand whether “active and passive” NFC tags are a viable option for a TranLink network rollout”.

NFC - or near field communication - is a method of wireless data transfer that enables two devices to communicate when in close proximity to each other.

The agency is also keen to use the technology to “provide customers with access to other alert and information relevant to the specific rout or bus stop”.

The e-paper PoC, on the other hand, will be focused on “support[ing] customers who do not have a mobile device to access online and real-time data”.

Both solutions, which will need to be able to be installed on existing bus stop infrastructure such as signs, will pull real-time data from the Department of Transport and Main Roads using APIs.

The two projects comes as TransLink trials its next generation public transport ticketing system, which will allow commuters to use credit and debit cards and smartphones for the first time.