Qld to buy a new set of mainframes 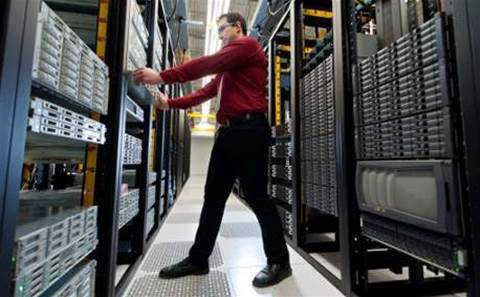 Even as it looks to shut down data centres.

Queensland is preparing to upgrade its whole-of-government mainframe environment, even as it readies the closure of its two central data centres.

The state’s internal infrastructure provider, CITEC, is looking at buying a new pair of IBM mainframes either later this year or early next to replace two z/12 EC machines currently running out of its Polaris data centre in Springfield and the Edward Street data centre in Brisbane.

In recent tender documents CITEC said “planning and preparation is currently underway” for the upgrade, even though the state government is currently weighing up the possibility of shutting down both the Polaris and Edward Street sites.

Queensland flagged in December last year that it could close down its footprint in both data centres in favour of a panel of private sector, pay-by-the-month infrastructure solutions.

The move would fundamentally alter the basis of whole-of-government infrastructure provision in the state’s public service.

CITEC noted the “concept of a production and DR mainframe may also be challenged” as it transitions out of current arrangements.

The agency is considering the option of shifting mainframe workloads from original production sites to alternative facilities during DR test events, and then back again, to get around the issue.

Despite the moves underfoot, CITEC is also scouting the market for a new tier one level disk service and a dedicated dual fabric connectivity solution that will attach to the existing pair of z/12 EC mainframes, as well as the equipment that will replace them.

The new disk storage is intended to give the state’s agencies enough capacity to deal with “all possible scenarios” that could arise over the coming five years.

The mainframe replacement will be a rare opportunity for IBM to get a look in on the state government market after being banned from selling to Queensland agencies in August 2013, as punishment for its role in the $1.25 billion Queensland Health payroll saga.

However the ban does not apply to existing IBM contracts that pre-date the government’s procurement prohibition, and some IBM hardware and software can still be bought under ongoing head agreements in some circumstances.