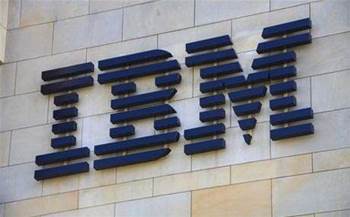 Three years with no end in sight.

The Queensland government is still refusing to budge on a sector-wide ban on new contracts with IBM, three years and a change of administration after former premier Campbell Newman announced the unprecedented punishment.

In August 2013, the then-LNP government confirmed agencies would be prohibited from signing new deals with the IT giant in the wake of a commission of inquiry into the $1.25 billion payroll failure.

The inquiry accused a number of IBM employees of ethical shortcomings and underhanded dealing in the lead up to winning the Queensland Health deal.

The commission, headed by former supreme court judge Richard Chesterman, tied a number of IBM employees working on the contract bid to serious ethical transgressions, including using leaked information about competitors to gain advantage and attempting to access tender responses by opposing bidders Logica and Accenture.

“I don’t want companies that have this sort of culture doing work for the people of this state,” Newman said at the time.

Since then, Queensland has initiated - and comprehensively lost - attempts to recoup damages from the failed project. A judge has ordered the government to pay all IBM’s legal costs in the failed suit.

However, the government, despite a change of party, continues to hold a state-wide buying ban over its former project partner.

A spokesperson for the Department of Science, IT and Innovation told iTnews the suspension "currently remains in place”.

They declined to specify what it would take for the ban to be lifted.

"The government will act in the interests of the state considering a range of factors, including the commission’s findings, the lapse of time since the suspension was imposed, and the potential benefits from increased competition and services from lifting the suspension," the spokesperson said.

The conditions of the suspension mean existing IBM contracts are not affected, and IBM hardware and software can still be bought under ongoing head agreements in some circumstances.

Queensland has not publicly placed any limits on the possible duration of the procurement suspension.