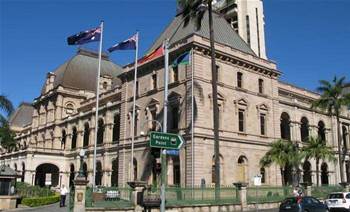 Queensland Premier Campbell Newman has announced IBM will not be allowed to enter any new contracts with the State Government until it improves its governance and contracting practices.

Newman also today used Parliament to attack the internal culture at IBM and named individual IBM employees involved in the failed Queensland Health payroll project following the release of a report into the initiative yesterday.

IBM was the prime contractor on the project, which will ultimately cost Queensland taxpayers $1.25 billion.

Newman today singled out current IBM employees Lochlan Bloomfield, William Doak and Joseph Sullivan over their role in the project.

“The inquiry found that Mr Lochlan Bloomfield, who led the bid, acted in breach of his employer's business conduct guidelines, misused competitors’ confidential information and endeavored to gain unauthorised and unlawful access to its competitor’s information," Newman said.

"The inquiry also found Mr Bloomfield was not honest in his testimony to the commission."

He said the inquiry had found another employee, Doak, had "acknowledged few material deficiencies in the system after go live, in the face of so much evidence to the contrary. This did him no credit.”

Newman said he was particularly appalled that IBM had told the commission Joseph Sullivan, who sought access to competitor information during the bidding process, no longer worked for IBM Australia, when the commission had later located him in London where he was working for IBM United Kingdom.

“I don’t want people of this character working on government projects in this State,” Newman said.

“I don’t want companies that have this sort of culture doing work for the people of this State.”

IBM has rejected many of the findings in the Chesterman report, arguing the majority of the issues impacting the project were out of its control.

Newman said he would now require all tenderers, not just IBM, to demonstrate rigorous governance in contracting systems in future.

The Queensland Government recently released a new model for IT governance, which attempts to balance accountability for technology projects between departmental Directors General and the state's IT minister.

“In response to the commission of inquiry and following on from the ICT strategy I will set out a clear ICT accountability framework. This framework will be detailed in the ICT action plan which I will release publicly later this month.”

Walker said under the plan ministers would be responsible for agency specific investments “because they are best placed to understand their own business priorities and objectives”.

“We will not be afraid to halt a project that is presenting significant risks that cannot be easily resolved,” he said.

“Wouldn’t it have made sense to postpone the build of the health payroll after $100,000 or even a million dollars had been spent rather than to have continued heading down a doomed path?”

The Queensland Government is calling on the Labor opposition to release lobbyists registers and diaries of former Labor ministers to determine if any of them had contact with IBM during the life of the failed project.