Qld to spend $7.4 billion fixing nearly all IT systems 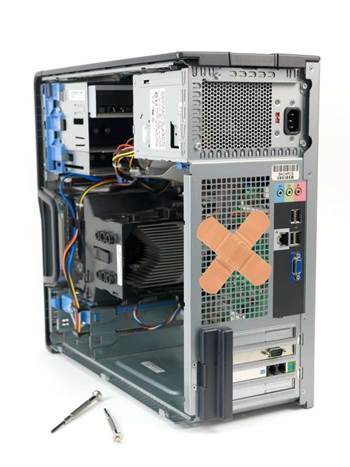 The Queensland Government will need to replace ninety percent of its IT systems within five years, with the overall project to cost $7.4 billion, more than $2 billion over the initial forecast.

The state’s new IT minister Ian Walker tabled the long-awaited IT Audit and the government’s response to Parliament on Friday last week. The audit had been due for release last year but was held back multiple times.

It found 90 percent of all IT systems were outdated and would need to be replaced within the next five years for $7.4 billion, outstripping initial estimates of a $5 billion cost.

“The task of addressing this issue is complex and expensive and has created a systemic business risk for government,” the report stated.

“It has revealed a portfolio of ICT systems in a state of decline as a result of a long period of fragmented and minimally constrained growth, combined with chronic underfunding.”

The audit blamed underfunding for a lack of proper maintenance and upgrades for the ageing and complex state of the state’s current IT environment, and noted a side effect of work undertaken to address the Y2K bug had meant end-of-life dates for many key systems had been synchronised.

“The combination of poor technical condition, complex, custom applications all reaching end of life in a short time horizon dictates that a different strategy will be needed to provide the required level of capability. Continuing to source that capability through heavily customised or purpose-built applications software is no longer sustainable.”

The report said such systems presented a “critical risk” to the government and would need urgent attention to avoid “rendering key parts of government inoperable.”

It singled out several systems such as a past-due replacement for an HR system at the Department of Community Safety, which met end of life in 2008, and which it expected to cost $150 million.

Queensland Health will need $250 million to upgrade its patient administration system, on top of the efforts underway to fix the botched payroll system upgrade, currently under inquiry.

The report highlighted a need for the government to move on from Windows XP to Windows 7. Just under half of the government’s desktop computers are running the outdated operating system, which is approaching end-of-life. The report estimated that upgrade could cost up to $160 million.

The audit also recommended the government ditch its whole-of-government data centre consolidation program, which came to life in 2007 but had been “unsuccessful”.

“It has struggled to get agencies to comply with the requirement (set by Cabinet) to consolidate data centres and ICT infrastructure.

"Six years after the Service Delivery and Performance Commission‘s recommendations were released the mandate for infrastructure consolidation remains ineffective and 45 percent of the Polaris data centre remains underutilised. The cost of unused floor space at Polaris is $3.26 million per annum.”

The audit made 60 recommendations, of which 36 were accepted. Most significantly, the government will move to an outsource model which will be lead by the Department of Science, Information Technology, Innovation and the Arts.

In order to be more transparent in its approach, the government will implement an IT dashboard, to be delivered within six months and which would display the costs and status of all “significant” government projects valued at over $1 million.

Minister Walker has declined to comment on how many of the state government’s 5000 IT employees will be let go as a result of the new outsourcing approach.

The most significant accepted recommendations involve:

The report also made the following recommendations, which the government has agreed to: