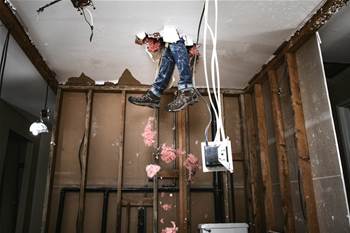 Queensland Health’s decision to pause the replacement of its legacy patient administration system earlier this year due to nepotism allegations has increased the chance of potential system failure, according to the state’s auditor.

An annual audit of the department’s finances released on Tuesday found the almost 30-year-old hospital-based corporate information system (HBCIS) was now at greater risk after the “planned go-live was pushed out several years”.

Queensland Health has been trying to replace the mission critical system, which is currently used in all of the state’s public hospitals to keep track of patients and their treatment, for at least the last six years.

“This [delay] increases the risk of the current system not being appropriately supported and failing,” the auditor said [pdf], adding that the department was in process of “procuring resources to mitigate this risk”.

The decision to postpone the procurement process to replace the system, which is expected to cost in excess of $200 million, stems from allegations of conflict of interest against the department’s former chief information officer Richard Ashby.

The allegations against Ashby, who resigned as Queensland Health CIO and eHealth Queensland chief in January, related to an undeclared relationship with a staff member working on the PAS replacement project.

While the state’s corruption watchdog has since found insufficient evidence for prosecution and dropped its investigation, the department immediately ceased work on the PAS replacement project in the wake of the scandal.

Queensland Health had issued a restricted tender to replace the PAS in October 2018 that invited just five multinationals to bid, according to PulseIT.

“The Department of Health will not proceed further with the current process for a replacement PAS,” director-general Michael Walsh said at the time.

“This will mean we will not have a replacement system in place as quickly as we’d like but the procurement must be beyond reproach.”

But the department will now have to continue to rely on HBCIS, which dropped out of vendor support back in 2015, until well past its 30th birthday, as the system is likely to take around seven years to replace.

Queensland Health insisted in 2015, however, that a series of hardware upgrades and a stabilisation program will see HBCIS through to at least 2019. It has also previously arranged extended support until 2023.

An investment strategy update published in July indicates that eHealth Queensland is currently developing a new procurement pathway for the system, which is “planned to be considered as part of the 2020 budget”.

The agency also said negotiations were taking place to extend support for the current PAS,

“In preparation for the updated rollout schedule, negotiations are occurring to extend support for the current PAS and foundation work occurring in relation to the provider directory, integration services and service billing,” it said.

The state’s auditor also used the audit to highlight the increase in Queensland Health software assets reaching the end of their useful life last financial year, partly attributable to the PAS.

“As at 30 June 2019, $212.9 million of the Queensland health entities’ software assets had reached the end of their useful lives (an increase of $51.9 million from the prior year),” the audit states.

“Over the next 10 years, another $427.6 million of software assets will be fully amortised, meaning the department expects these assets will have reached the end of their useful lives and will need to be replaced or significantly upgraded.”