Qld Govt lawyers up for battle against IBM 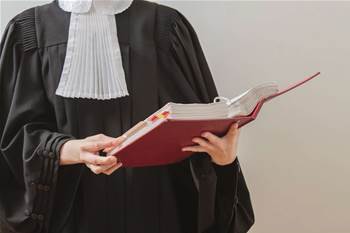 The Queensland Government has hired Minter Ellison lawyers to argue its case against technology giant IBM, as it goes after compensation for the botched replacement of Queensland Health payroll systems.

The appointment of the top tier law firm to the case marks the first public step the state has taken in its legal battle to secure compensation from its former contractor since it filed a statement of claim in the Queensland Supreme Court in December 2013.

Minter Ellison declined to comment when contacted by iTnews.

The Premier’s office has consistently refused to offer any details on the case while it is before the court, and has withheld comment on any negotiations that may have taken place behind the scenes in the 12 months that have passed since the filing.

It did not respond to requests to comment this week.

The latest development is the clearest indication to date that the state still intends to see out its threats against IBM in court.

Queensland is pursuing IBM for compensation for losses it incurred when the service provider attempted to migrate the health department off its legacy LATTICE payroll system onto a new SAP solution in 2010, in which it hit serious difficulties.

Nurses and other Queensland Health employees continue to receive incorrect wages to this day ,and it is estimated that the full cost of the project will set the government back $1.25 billion.

Not satisfied with a ban on Queensland agencies buying from the company, Premier Campbell Newman committed to pursuing IBM though legal avenues on 4 December 2013.

Despite this, IBM has consistently denied any fault in the payroll failure.

“IBM intends to vigorously defend against the government's continued efforts to shift blame to the company for the government's own shortcomings on the project," a spokeswoman said late last year.

A determined defendant is not the only obstacle the state and its legal team will come up against in the courts.

In 2010 the then-Labor government signed a contractual settlement with IBM, absolving the contractor of any liability for the outcome of the project.

In the report of his commission of inquiry into the payroll project, Richard Chesterman QC concluded that “there are now no means by which the State may seek damages from IBM for breach of contract”.

While he also found that much of the mismanagement of the project took place on the government’s side, he also criticised IBM for doing “little to rectify or make up for the state’s shortcomings” and cast doubts on the behaviour of some past and present IBM employees during the tender process.