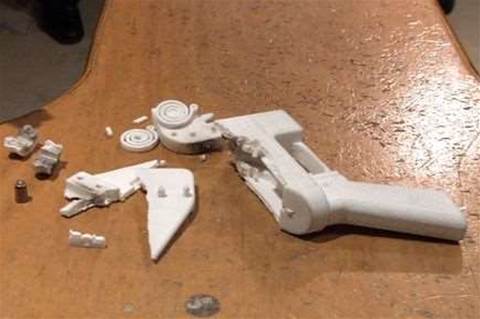 Queensland’s new Labor government has formally knocked back the possibility of becoming the first state to pass legislation specifically aimed at regulating and penalising the manufacture of 3D-printed guns.

Former LNP parliamentarian and Palmer United Party member Carl Judge introduced the bill in May 2014, which intended to amend the existing Weapons Act to bring those manufacturing firearms with 3D printers within the fold of the state’s mainstream licensing scheme.

It would have specified conditions of practice and penalties for non-compliance, and introduced a range of new offences specifically related to the unlawful creation and possession of printed weapons.

A parliamentary committee advised against passing the bill in November 2014, but advised lawmakers that the area did warrant more investigation into the future.

The bill lapsed when parliament was dissolved in January 2015 in preparation for the state election subsequently lost by the Campbell Newman LNP.

The Labor Government last week issued its formal response to the committee’s findings, ditching the proposal on the grounds that “Queensland already has legislation dealing with the unlawful manufacture of weapons that carries with it some of the harshest penalties in Australia”.

However, it also highlighted the need to keep an eye on the Commonwealth Government’s response to a senate inquiry into gun violence in Australia, and consider whether it might need to change its stance in accordance with the inquiry's recommendations.

The senate committee, which reported last month, advised Australian governments to look into the feasibility of uniform national legislation on 3D-printed guns and gun components. The federal government has yet to respond.