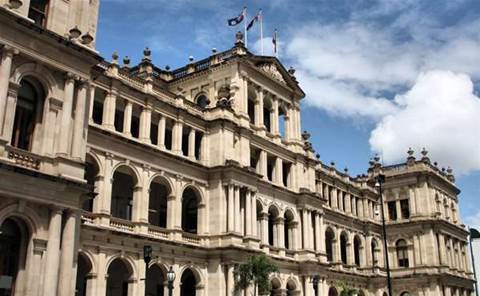 After months of threats, the Queensland government has confirmed it will take IBM to court over the failure of the health department’s payroll replacement.

The office of premier Campbell Newman said it was limited in what it could comment on now that proceedings have commenced, but confirmed a statement of claim had been filed in the Supreme Court.

The state will seek compensation for its losses stemming from the disastrous project, a spokesman said.

The premier made it clear back in August that legal action against the technology giant was still an option under consideration.

It follows a decision to ban IBM from directly selling into the Queensland government, based on its role in the failed project and findings of misconduct amongst its staff.

A commission of inquiry into the project, chaired by Richard Chesterman QC, raised serious questions about the behaviour of some IBM staff during the bidding process for the project and afterwards.

The Queensland Government vs IBM case is not the first time a public agency has sued an IT contractor over failed and aborted technology projects.

NSW courts witnessed years of claim and counter claim between the state government and Vidella (formely known as ERG) over its first attempt at electronic ticketing for the state's transit system. The NSW government is reported to have recovered just over $30 million from the aborted deal.

The state’s births, deaths and marriages registry also successfully recovered $2.7 million from UXC limited after it terminated the integrator’s contract to deliver the LifeLink database.

More recently the Northern Territory government has announced it is considering legal action against Fujitsu over its role in the unsuccessful roll-out of a state-wide asset management system, which is now more than ten times over budget at nearly $50 million.

IBM has yet to issue a response to the announcement.

The Labor opposition, towards whom the government is directing most of the blame for the saga, is expected to hold a press conference later today.