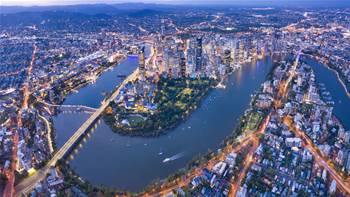 Brings in KPMG to investigate value in expanding prototype.

The Queensland government is investigating building a spatial digital twin that covers Brisbane, the Gold Coast and the Sunshine Coast after developing a prototype with CSIRO’s Data61 last year.

The Department of State Development, Infrastructure, Local Government and Planning and the Department of Resources have commissioned KPMG to develop a business case to inform the decision.

The business case will determine the “value proposition, costs and benefits” of a future South-East Queensland (SEQ) digital twin and how it might be implemented, according to tender documents.

Digital twins are virtual 3D and 4D models of infrastructure such as buildings, strata plans, terrain, property boundaries and utilities that can also be overlaid with live feeds of real-time data.

CSIRO’s Data61 delivered Queensland’s prototype digital twin in the first half of last year after the Department of Resources earlier commissioned it to develop a framework [pdf].

“Data61 received a grant to develop a framework and proof-of-concept of a spatial digital twin in the 2019-20 financial year,” a spokesperson from the Department of Resources told iTnews.

“The proof-of-concept focused on the Cross River Rail project area, including Woollongabba and Brisbane CBD.”

Like NSW and Victoria, which have both recently committed to extend their respective digital twins statewide, the Queensland digital twin prototype uses Data61’s TerriaJS platform.

As it stands, the platforms offers overlay data from both national and state sources like population density, building elevation and road congestion.

But with spatial data used “more extensively than in any previous year” in 2020-21, according to the department’s latest annual report, the state is keen to bring in additional data sources.

“The vision is to enable discovery, visualisation and sharing of 3D and 4D (time) spatial data, high-fidelity models... and the IoT sensor data in a rich real-world context,” it said in its annual report.

“Digital twin technology can build on the Queensland Globe with access to rich and connected 3D data which can include future (4D) viewing capabilities,” the spokesperson said.

Any future digital twin of South-East Queensland would be expected to cover the state’s three largest cities: Brisbane, the Gold Coast and the Sunshine Coast.

More than $3.8 million people live in 12 local government areas across the region, which spans 240 km from north to south.

KPMG, which began work on the business case in December 2021, is expected to deliver its findings to the department in the first half of this year.

The spokesperson, however, said that “any future development of a digital spatial twin is a matter for government”.

In December, the NSW government announced $40 million over three years to extend its digital twin across the entire state.

NSW has been developing its digital twin with Data61 since at least 2018, with a proof-of-concept covering eight local government areas debuting in February 2020.

Victoria, meanwhile, has allocated $35 million to build out a digital twin that was originally created by Land Use Victoria and the University of Melbourne for the Fishermans Bend renewal project in 2019.