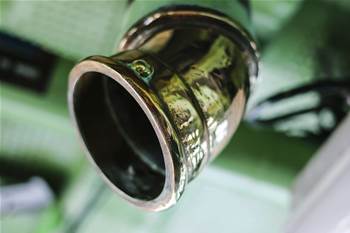 Queensland's Department of Education has been forced to stagger its rollout of OneDrive to schools as part of its Office 365 migration over fears its network infrastructure won't be able to cope.

The department - which manages IT for 1300 school sites and 600,000 users - has already learnt the hard way the impact switching on a major cloud service for hundreds of thousands of students and teachers can have on bandwidth.

Education’s corporate services boss Mick O’Leary told a committee of Queensland MPs last month that when the department turned on Office 365 email, its network “flatlined” for the first couple of days.

“Schools grabbed their stuff and pushed up into the cloud," he said.

“You will always see a bit of a peak at the beginning of a service as people get excited by what they can do with it and so on."

But he assured the committee that bandwidth consumption has now settled down as students and teachers move into more regular usage patterns.

Having learned this lesson, O’Leary’s team is taking a staggered approach to switching on the OneDrive cloud storage component of the O365 suite.

“We are in the process of trialling and monitoring the bandwidth utilisation for that,” O’Leary said.

“We are looking at piloting that with our teachers first of all and then we will see whether we will roll down to students or whether that will have a significant impact on our bandwidth.”

His department deals with a large number of schools in remote parts of the state where connectivity is a challenge.

It is tackling this issue by upgrading 1000 schools onto a fibre optic backbone. The remaining 300 remote schools will use “satellite, 3G, ADSL and other more redundant technologies”.

Shadow IT is also having an impact on school connectivity, O'Leary said.

“We have a number of our schools that have gone out and bought other cloud based services and they find that, if they have not done the research properly, that they have flatlined their own internal bandwidth for themselves, which usually becomes our problem as well,” he said.