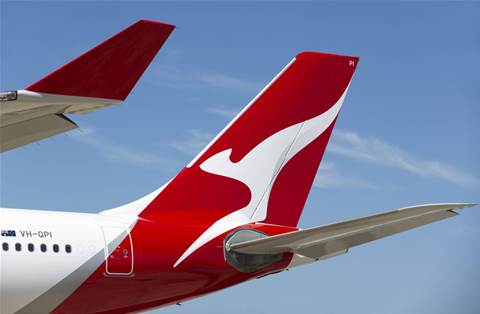 Qantas put dozens of staff, including some of those furloughed as a result of Covid-19, through a two month ‘crew in the cloud’ training and certification program with Amazon Web Services.

The program, which ran over eight weeks in March and April, trained up 80 staff in cloud skills, with the aim of creaing cloud fluency across the airline and possible future career pathways.

It is the latest in a string of organisational-wide programs aimed at upskilling staff at Australian companies, including NAB, Telstra and Kmart, though is significantly smaller in scale.

Qantas told iTnews the program, which has since ended, included “fundamental training for business and non-technical stakeholders” like pilots and cabin crew impacted by Covid-19.

“The pandemic has impacted many operational staff, such as pilots, cabin crew and engineers, and so this allowed for time to devote to the training,” the spokesperson said.

“We see employee training as crucial as we aim for digital transformation using the AWS cloud.”

Around half of the staff that underwent training have also become AWS certified cloud practitioners since the program, the spokesperson said.

“By investing in upskilling and reskilling for employees impacted by Covid, we are able to provide our staff with an opportunity to build new skills and open up potential new career pathways,” Qantas said.

Qantas has been forced to cut around 7000 employees from across its business since the pandemic began, with around 6000 staff – largely from its international division – still furloughed.

As the airline recovers, it is set to double down on “digitalisation”, specifically IT delivery transformation and customer experience.