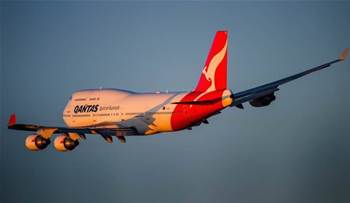 Qantas has opened the throttle on its enterprise-wide push to become a fully integrated digital airline and consumer payments play.

The airline’s Mascot headquarters has confirmed to iTnews that highly regarded broadcast tech chief Alastair Robertson has started with the flying kangaroo as chief information officer for Qantas Loyalty.

The role is a crucial one as the Qantas Group and its satellite brands recalibrate their Frequent Flyer points scheme in the wake of new credit card rules that limit how points can be subsidised by merchants.

The new credit card rules, which are part of the Reserve Bank’s interchange fee reset, caused a conspicuous speed bump in the growth of Qantas Loyalty during the company’s annual results.

While Qantas recorded revenues of $1.546 billion in FY18, that figure was up a relatively modest 2.7 percent over the previous year’s $1.505 billion with management saying its “strategy to mitigate interchange fee regulatory change” was “on track”.

During the results presentation Qantas chief financial officer Tino La Spina called out the Frequent Flyer scheme as the backbone to the loyalty business and pushed the potential for it to branch out across branded payments cards and billables like energy and life insurance.

Having booked in EBIT [earnings before interest and taxation] of $372 million for FY18, La Spina said he expected Loyalty to grow significantly, "suffice to say for us to still have a growth pipeline out there that sees us hit earnings out in 2022 of between $500 million and $600 million.

“There are new business opportunities out there and there is a pipeline of innovation that the team will continue to look at. Not anything that we want to talk about here today, but suffice to say, there's been a lot of progress," La Spina told investors last week.

Robertson’s appointment as Loyalty CIO is clearly part of that progress.

Qantas has been far from shy over harnessing its massive customer and loyalty bases or exploiting its digital advantage.

In January 2017 the airline lifted the lid on its stake in start-up Data Republic as part of its push to drive transformation and innovation.