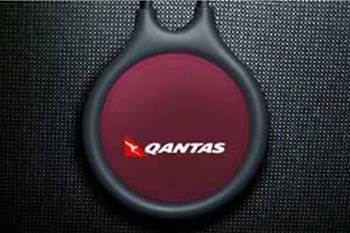 Self-service baggage check-in on the way.

Qantas has issued a selection of its frequent flyers with RFID bag tags that will soon enable those customers to check-in their own bags before taking domestic flights.

The Q Bag Tags support the airline's Next Generation Check-in initiative and can be used in Perth and Sydney's Terminal 3 from November 10.

Each tag stores its owner's flight details and allows bags to be tracked and verified using RFID technology and a Baggage Reconciliation System (BRS) provided by integrator, Unisys.

Under a four-year agreement inked in Q2 2010, Unisys will provide Qantas with systems integration, implementation, rollout services, application hosting and support from its data centre in Sydney.

The integrator claims to process more than 35 percent of the world's air cargo, and provides BRS to 44 international airlines operating from Australia.

Unisys vice president Sue Carter said its BRS system was tailored to meet Qantas' requirements, including being enhanced to include RFID.

Passengers excluded from those programs would not use RFID technology, but printable bag tags with identifying barcodes that would be scanned on the bag drop belt.

Qantas expects all eligible customers to receive their Q Bag Tags by early 2011, and plans to launch Next-Generation Check-in facilities in Melbourne, Brisbane, Adelaide and Canberra by the second half of 2011.