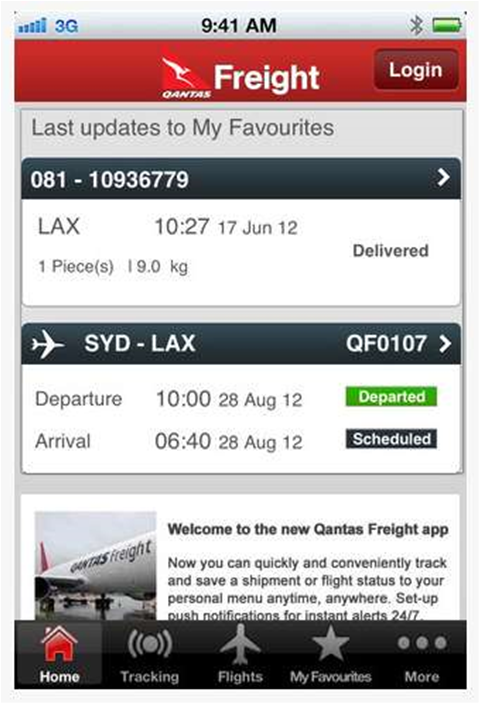 The iPhone app includes the ability to automatically notify users at each 'milestone' if chosen by the user, such as leaving a Qantas Freight depot, clearing customers and becoming ready for collection.

It would also notify users about any changes in departure or arrival times.

The division planned to offer mobile bookings in future.

The mobile app and site comes as part of a growing bid at Qantas to embrace mobile technologies. The airline recently deployed iPads to pilots to replace weighty flight manuals, as well as a replacement for in-seat entertainment units.

It has also begun rolling out a hybrid version of Microsoft's Office 365 productivity suite to staff.