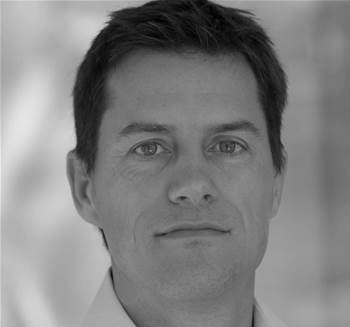 Qantas chief information officer Luc Hennekens will end three years as the head of IT for Australia's national carrier in September when he leaves the role for a new gig in France.

Hennekens' boss Rob Marcolina today informed staff off the CIO's departure. Marcolina said Hennekens had decided to leave to be closer to his family, as well as to "pursue an opportunity at a major company based in France".

Qantas declined to name Hennekens' new employer. He spent several years in France during his eight-year stint at Procter & Gamble.

He worked nine months in the CTO role before being promoted to chief information officer in September 2013.

Hennekens' three-year tenure as CIO has been marked by a significant push towards the public cloud, including the massive migration of Qantas' core website to AWS infrastructure.

His stint featured the introduction of a digital, automatic check-in service for domestic travellers, as well as a spun-out data analytics unit to offer the airline's data expertise to external clients, while the executive also focused on reworking how much Qantas spends with its top IT suppliers as part of the airline's $2 billion cost cutting drive.

"Luc has been part of putting Qantas at the forefront of innovation in the IT space, championing the role of digitisation to enhance our customer experience, while reducing operational run costs," he told Qantas staff.

"I know the IT leadership team that Luc has helped to build will continue on this fantastic journey. I hope you’ll join me in congratulating Luc, we wish him all the best with his future endeavours."

He said Qantas would commence a search for a new CIO shortly.