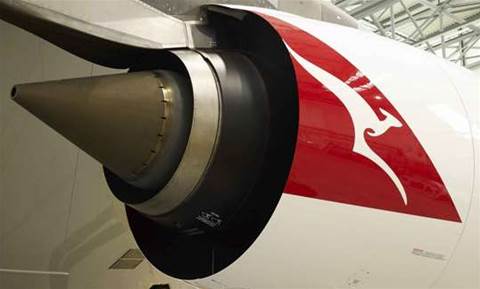 Qantas has blamed IT provider Amadeus for a check-in system outage that crippled its boarding systems worldwide this morning.

Check-in staff were forced to check in passengers manually and issue handwritten boarding passes from 6.40am to 9am.

Online and mobile check-in systems were not affected.

The national airline blamed the outage on a “fault with Amadeus system, affecting all airlines supplied by Amadeus globally”.

A spokeswoman said the issue was with the "print component" of the system, which was provided by Amadeus under a wider outsourcing contract.

Amadeus was founded by European airlines Air France, Lufthansa, Iberia and SAS in 1987 and was contracted to build a reservation, inventory and departure control suite for Qantas and British Airways in 2000.

Last January, an hour-long Amadeus outage affected thousands of Qantas passengers across Australia. The outage was resolved at 9.30am but delayed flights into the mid-afternoon.

Amadeus has yet to respond to iTnews’ query on today’s outage.

Last August, Amadeus’ global chief executive officer David Jones said it had “reached an agreement” with Qantas over outages in November 2009 and January 2010 that the airline was “happy to accept”.

Qantas' spokeswoman said it was "a bit too early to tell" how today's outage would affect its relationship with Amadeus.

She said the airline was working through a "minor backlog" by 11am, causing delays of two to five minutes for passengers.