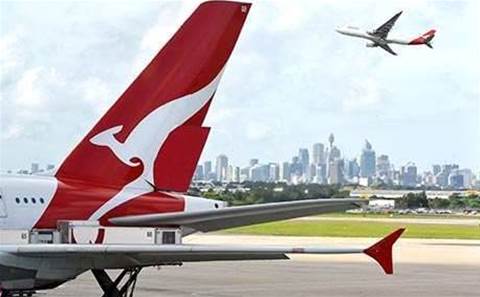 Qantas will consolidate and shift its human resources operations to the cloud after signing up as a new client of cloud HR and finance firm Workday.

The national airline has spent the last few years on an aggressive drive to move its systems to the cloud, centred on the migration of its core qantas.com website.

The campaign has extended to its business platforms with software like Microsoft's Office 365, and the shift of its Oracle E-Business Suite platform into a software-as-a-service model hosted by Macquarie Telecom and managed by TCS.

The airline will now turn its focus to its HR and finance systems in a bid to slim its current 22 HR platforms down to just 10 by the middle of next year, as first reported by the AFR.

Workday first indicated it had signed Qantas as a new client at its second quarter results late last month.

The Workday software will offer employees a single application for managing things like leave and payroll, Qantas said.

It will replace the cloud-based Oracle Taleo platform Qantas currently uses for recruitment, as well as several other undisclosed software products.

“The Workday agreement is another step in our strategy to replace legacy IT systems and provide better tools for our employees, as part of the transformation program Qantas has been working through over the past couple of years," a Qantas spokesperson said.

"We’ve seen some big benefits from the systems we’ve moved to the cloud already, but we think there’s lot more to come as we bed new applications down.”

Workday has built its status as a serious rival to traditional ERP providers like Oracle and SAP since it was founded 11 years ago.

While its market capitalisation still falls well behind its two main competitors, the cloud company has gained ground where Oracle and SAP have been slower to bring cloud solutions to market.

Oracle chief technology officer Larry Ellison this week named Workday as his company's number one rival in the software-as-a-service, ERP and applications space, rather than Oracle's traditional foe SAP.