Q&A: what would happen if GPS failed? 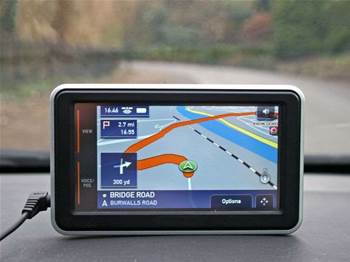 The author of a report claims we're too dependent on the global positioning system.

Satellite navigation systems are so good that we're using them too much - creating potentially deadly situations.

That's the warning in a new report Royal Academy of Engineering, which said that GPS satnav systems were becoming ubiquitous, without adequate backup.

We spoke to report co-author and incoming British Computer Society president, professor Jim Norton, to find out how serious the problem is.

Q. What are the main problems your study uncovered?

A. What we uncovered was GPS is actually so good and so useful it’s become ubiquitous. And it underpins the operation of a lot of systems that you might think were separate.

The concern is an overdependence on GPS to an extent that we’re losing the alternatives, and that we if we lost GPS or any of the GNS [Global Navigation Space] systems, it might cause simultaneous failures to a number of systems that everyone thought were independent, or wouldn’t fail at the same time.

Q. What would cause GPS to fail?

A. One example is deliberate jamming. For example, criminals might do it if they’re doing a lorry hijack or something, to disable the location devices on the lorry, and their jamming may have much wider effects than they expect.

Similarly, if we have a road pricing system based on GPS, it gives quite an incentive to jam it.

There are also weather conditions, particularly related to solar weather, than can disrupt GPS – it’s not very common but it can happen.

And, indeed, there’s a lot of jamming carried out officially, to protect visiting dignatiaries, that kind of thing. That can have a greater effect than is intended.

Q. How serious could GPS failure be?

A. It could be quite serious. A test was carried out by [lighthouse agency] Trinity House with a ship sailing into a cone of deliberate jamming.

Of course, it lost its GPS as you would expect, but it also lost its radar, because that depends on GPS timing, and it also lost a lot of its communications. So you have more systems failing at the same time than you might have anticipated.

Q. What backup systems should we turn to?

A. In particular, the system that Trinity House has pushed is called eLORAN, which is a terrestrial based system which is pretty much as accurate as GPS and a completely independent technology - so if you lost GPS you could still use eLORAN.

In the UK, eLORAN already exists, we’d like to see it on a more global basis; the US needs to come up to the plate on that. It would be relatively easy to integrate into chipsets both eLORAN and GPS.

Q. What about GPS failure for consumer devices – would it merely be an irritation?

A. No, it’d be more than just an irritation. Take a scenario where you have some jamming in central Birmingham. A lot of people would lose their GPS navigators and have trouble navigating in their cars, because instead of being guided they’d have to look where they are, and so on, and that’s likely to cause a traffic jam and it may cause accidents – probably not death-dealing ones, but accidents.

At which point you have the ambulance service trying to go out, but it doesn’t know where its ambulances are because they’re managed through GPS.

Q. How do you want the Government to deal with the issue?

A. We’d like to see R&D into much better receivers, for example, which are more resilient against interference. We’d also like to see more awareness, so people can plan ahead.

Got a news tip for our journalists? Share it with us anonymously here.
Copyright © Alphr, Dennis Publishing
Tags:
elorangpsnavigationsatellitesatnavsecurity